Who is responsible for spinning this web of lies beneath the surface of all we see? Are the ancient immortals responsible, or is it the new breed of mortal beings that, as their population grows, threatens the very existence of the immortals?

Know this: everything that has happened, is happening, and will happen again.

As the war between the Rebellion and the Royal Council heats up, a deadly plague strikes the Empire. Amidst the crisis, a young royal, Cruentus Fate, is sold to a brothel in a play for power. As Fate comes of age, she must decide whether to join the Rebellion, ever under threat, or the Council, with its influence and power.

Fate works to learn the truth of her existence, and the mysterious way in which she and her brother became part of the royal family. Her discoveries open her eyes to another realm, and lead her to the truth about the web of lies that holds her captive.

“...among the best written, most imaginative, and intricately plotted fantasy stories I’ve had the pleasure to read since The Lord of the Rings. ...a character driven story, supported by a covert revolution, ingenious metaphysical attributes and events, and an imaginary world complete with a new language, concepts of universal laws, and a wonderfully orchestrated villain.” ~ Readers' Favorite Book Reviews (5 STARS)

“A somewhat perplexing but engaging start to what’s sure to be an epic fantasy saga.” ~ Kirkus Reviews

Soul of a Doll
Order Now

Click the BookBub button to keep informed of special deals on this book and others by Isu Yin (and Fae Yang). Just FOLLOW her on BookBub, and be sure to BOOKMARK her books as “Wanted (Deal Alert)”–that way you won’t miss out. 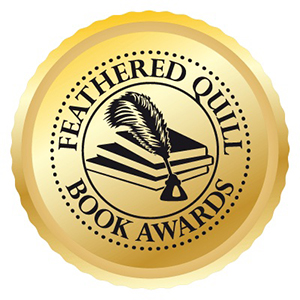 To order a $18.95 paperback (we’ll add $5 for shipping & handling) AUTOGRAPHED BY THE AUTHOR, please click on the Buy Now button, and use PayPal or a major credit card.

“...Yin and Yang fill their series opener with cryptic passages and events, such as someone Fate has just met saying, ‘You and your brother have always been dear to me.’ This book doesn’t answer all of the questions, though the ending wonderfully sets the stage for the authors’ planned 60-volume series. Still, there’s laudable character development in this installment. ... The authors’ lucid prose frequently evokes the senses, particularly during Fate’s surreal dreams: ‘The sound of breathing echoed and trailed, then silence returned….Above her, stars twinkled, and beneath her feet, a dark swirling vortex spun as it reached down into endless black.’ ... A somewhat perplexing but engaging start to what’s sure to be an epic fantasy saga.”

“Rota Fortunae (Grim’s Truth) is among the best written, most imaginative, and intricately plotted fantasy stories I’ve had the pleasure to read since The Lord of the Rings. But, where that epic tale relied heavily on war, familiar mythological themes and creatures, and the overarching world dominating power of an evil, supernatural being, Rota Fortunae is a character driven story, supported by a covert revolution, ingenious metaphysical attributes and events, and an imaginary world complete with a new language, concepts of universal laws, and a wonderfully orchestrated villain.”

“When I first started the book, I wasn’t sure what to expect. It started off slow, the mystery building with each informational chapter while making you question what is actually going on. You can tell it’s going to be a big story with a lot of information. The characters are enjoyable, each with their own unique (non-stereotypical) personalities, which brings you into the mood and tone of the story. It’s easy to get immersed in their world and enjoy things for what they are. Highly recommend this book. It is written in an interesting way that makes you think and become highly involved with the characters. Haven’t read anything this thought provoking in a long time.”

– Persephone
Sign up for Updates
Preview
This entry was posted on Wednesday, September 9th, 2020 at 1:37 pm and is filed under . You can follow any responses to this entry through the RSS 2.0 feed. Both comments and pings are currently closed.