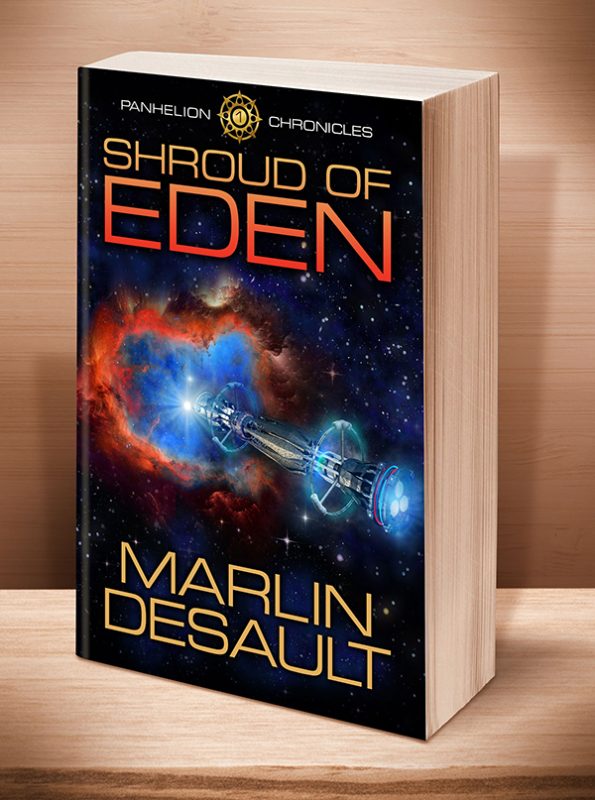 An adventure across space and time!

“The writing style is crisp, the book is well edited and contains a healthy splash of hard science mixed in with a nice story line (new discoveries, alien aggressors, a military in need of leadership and a bad guy you'll love to hate). While there are some fleet battles—if you’re looking for hardcore action, this might not be your cup of tea. If you’re looking for a well told story with plenty of length, good descriptive prose, solid editing, adventure, and some action—this offering does not disappoint.” ~ LawBoss

While on maneuvers as part of the Panhelion Defense Command fleet near the moons of Jove, Scott Drumond, captain of the Strike Cruiser Targelion, finds his promising career unexpectedly blighted by events that nearly destroy his starship and dramatically change his fortunes.

Scott’s nemesis arranges his court martial on trumped-up charges, and the court finds him guilty. They order him demoted with the stipulation that he is forbidden to hold a command assignment. His one chance for redemption comes when a sympathetic admiral transfers him to Exploration Command, and offers him a seemingly trivial mission to investigate an anomaly in the Hyades star cluster.

Scott accepts temporary captaincy of the scout corvette Pegasus with the hope of restoring his honor and permanent rank. His assignment turns out to be anything but routine when, upon reaching the anomaly, he and his crew encounter a startling distortion in space-time that creates a barrier to material objects. With the first part of his mission complete, he opens sealed orders and learns of scheming and deception in the highest levels of the Panhelion.

By means of a clever gambit, Scott finds an opening in the barrier and chances passage to the far side, where he uncovers the truth about a legendary ghost ship and a lost colony of humans. As he comes to know more about this society of refugees, their strange customs intrigue and baffle him. But his most important find comes when he discovers they hold the secret to a long forgotten weapon, which can defeat a despot at home and turn the tide in battle against alien invaders swarming out of the Coma Bernices star cluster.

Click the BookBub button to keep informed of special deals on this book and others by Marlin Desault. Just FOLLOW him on BookBub, and be sure to BOOKMARK his books as “Wanted (Deal Alert)”–that way you won’t miss out. 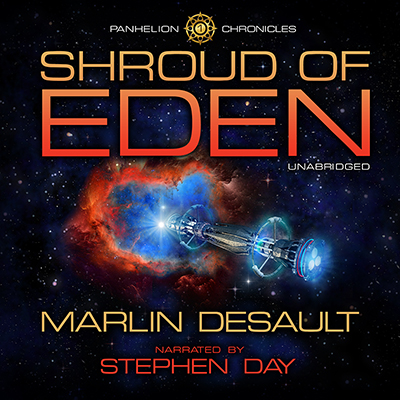 Sign up for Updates
Other Books in "The Panhelion Chronicles" 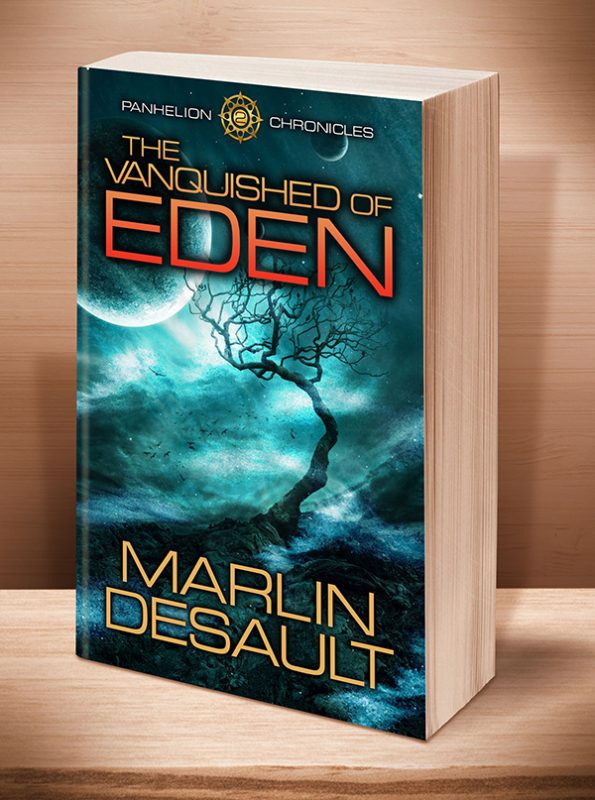 The Vanquished of Eden
Preview
This entry was posted on Monday, July 27th, 2015 at 6:34 pm and is filed under . You can follow any responses to this entry through the RSS 2.0 feed. Both comments and pings are currently closed.