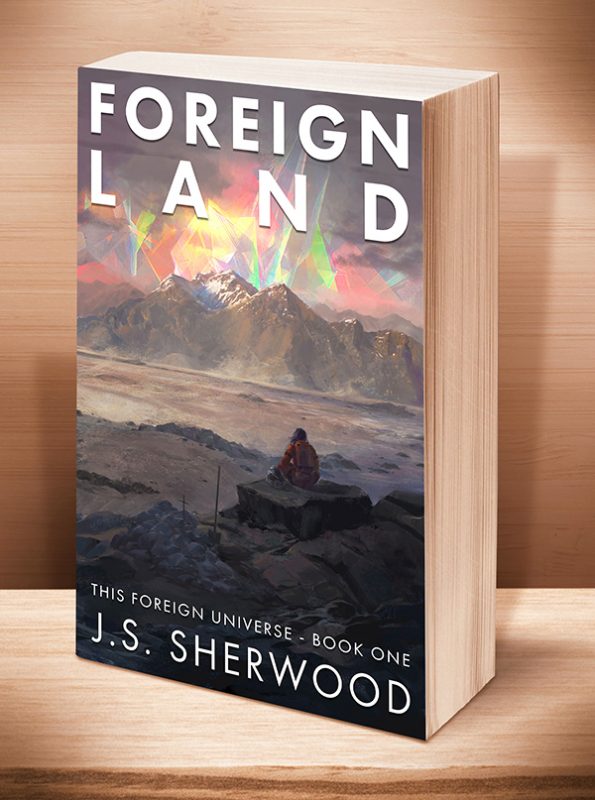 Smith, his soul shattered after suffering a crushing personal loss, is left to fight for the survival of his son and the new colony on a planet that’s far more dangerous than anyone expected.

“This sensational book is a breathtaking page-turner with an enthralling storyline that rivals a Star Trek episode. Once I picked it up, I couldn’t put it down.” ~ Readers’ Favorite Book Reviews, Susan Sewell (5 STARS)

“The imagery is breathtaking, and the mystery was powerful enough to steal my breath.” ~ Readers’ Favorite Book Reviews, Rabia Tanveer (5 STARS)

Hope ran deep when Smith left humanity’s first generation ship to lay roots with his wife and son in the open air of a new planet. When the colony ship broke apart on entry, however, countless lives were lost, including Smith’s beloved wife.

Everything changed, and he now fights to keep his son and his colony alive, all the while fighting off alien-induced hallucinations.

Meanwhile, back on the generation ship, Smith’s apprentice Tashon seeks to discover what happened to his beloved mentor and the colony. He soon learns that the expedition’s leaders are focused on a much more imminent danger, one that could prove the destruction of the entire generation ship.

Each of the two groups, cut off from one another, must fight for survival against an enemy that no one saw coming.

“With an intricate and fast-moving plot, author J.S. Sherwood crafts an enthralling sci-fi survival tale that will ignite your imagination and take you on a wild rollercoaster through the cosmos.” ~ Readers’ Favorite Book Reviews, Pikasho Deka (5 STARS)

Order Now!
Other Books in "This Foreign Universe" 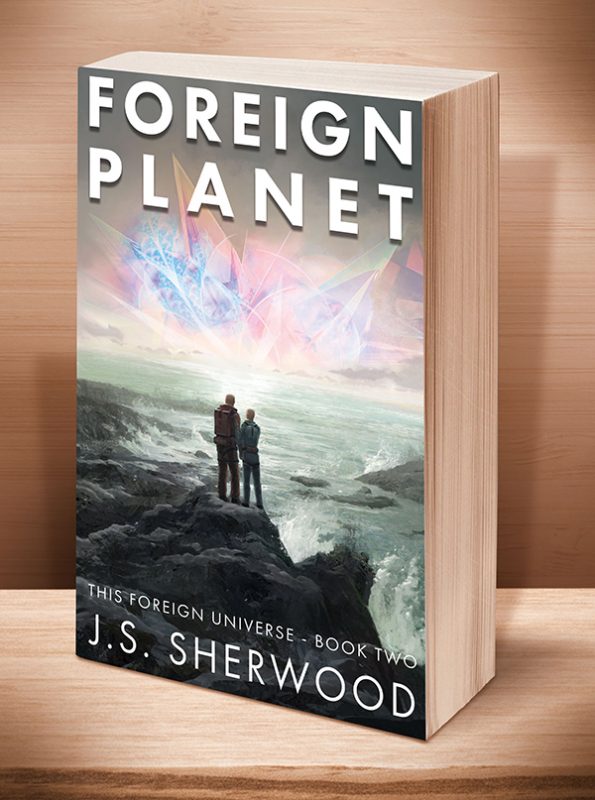 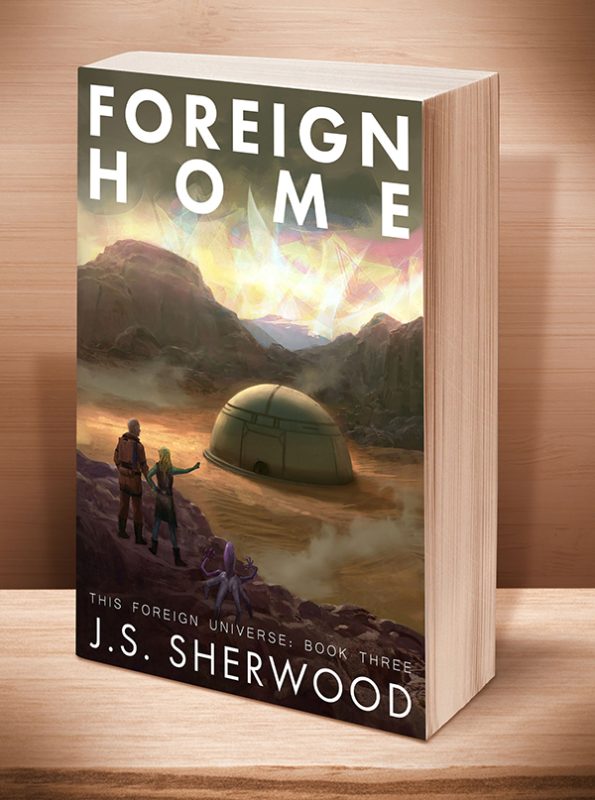 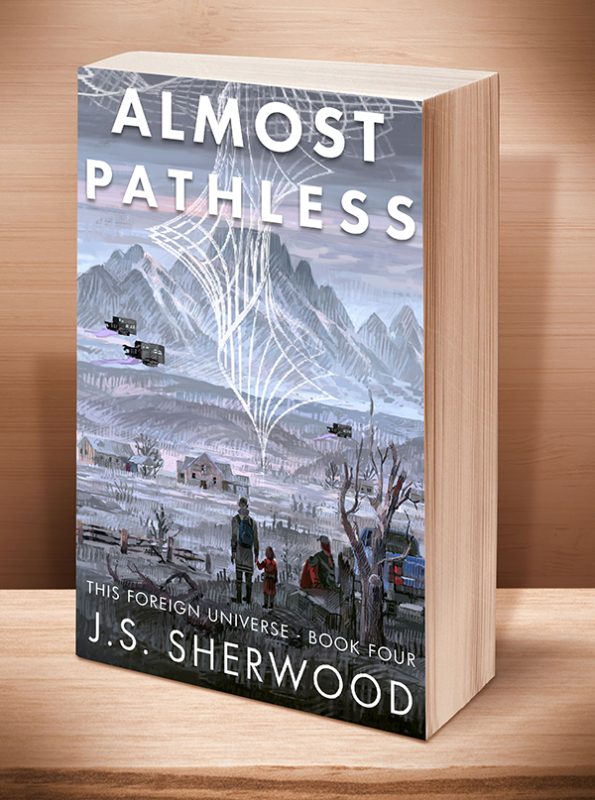 Click the BookBub button to keep informed of special deals on this book and others by J.S. Sherwood. Just FOLLOW him on BookBub, and be sure to add his books to your WISHLIST—that way you won’t miss out.

“I loved reading Sherwood’s Foreign Land. It is somehow both easily digestible and remarkably deep in its themes and meditations. There is a very nice mixture of characters that feel truly human and alive and more technical and/or futuristic settings and technologies. The foreign planet where much of the action feels truly alien and creates a truly memorable setting, as does the generation ship where some of the juiciest action takes place. The villains of the plot are believable, aspects of their ideology can be found even in today’s culture. Non-stop action and understandable yet deep prose mixed with unforgettable characters make this book a must buy for any fan of science fiction.”

“With an intricate and fast-moving plot, author J.S. Sherwood crafts an enthralling sci-fi survival tale that will ignite your imagination and take you on a wild rollercoaster through the cosmos. The premise is authentic and uniquely creative, providing the narrative with a sense of wonder and awe that makes it thoroughly entertaining to read. The characters are well-realized, with back-stories that add an extra layer of depth to their personalities. The world-building was particularly impressive to me, as it seamlessly incorporated some advanced theoretical concepts, which I found utterly captivating. Additionally, the unpredictable plot provides plenty of thrilling moments to keep you on edge. If you enjoy well-written sci-fi stories that push the boundaries of your imagination, check out Foreign Land from the ‘This Foreign Universe’ series.”

“Foreign Land by J.S. Sherwood is a riveting science-fiction novel with a hint of a dystopian background. This sensational book is a breathtaking page-turner with an enthralling storyline that rivals a Star Trek episode. Once I picked it up, I couldn’t put it down. The electrifying plot, dramatic backdrops, dynamic scenes, and engaging characters held me spellbound from the first page until the last. Impeccably written, the author has created fantastic and elaborate story worlds with intricate features and bizarre creatures. The unique aspects of the alien and bio-engineered beings of the planet Aethera and the extensive concept of the Ship of Nations are original and thought-provoking, capturing and stirring the imagination. The creatures are not only fascinating but also downright eerie. The beetles are horrifying, and the fourth-dimensional beings are absolutely terrifying. This scintillating novel promises to captivate and entertain science-fiction fans who love intergalactic thrillers.”

“This realistic and entertaining story was so easy to read and enjoy! I was transported right beside Smith and Tashon. I enjoyed their reactions and loved every single part of Foreign Land. J.S. Sherwood set the mood from the beginning and made the story interesting from the get-go. The opening scene was powerful and introduced the two main characters of the story while explaining their situation very realistically (something that you hardly find in science fiction stories). The author’s writing style is descriptive without being boring. The imagery is breathtaking, and the mystery was powerful enough to steal my breath. The threat of new surroundings, the grief of losing loved ones, and the excitement of something new were all handled exceptionally. The author struck the perfect balance between futuristic and realistic. The situations were believable, and the characters were relatable. I would highly recommend Foreign Land to anyone who loves science fiction that is grounded in reality.”

– Readers’ Favorite Book Reviews, Rabia Tanveer (5 STARS)
Sign up for Updates
Preview
This entry was posted on Wednesday, August 4th, 2021 at 1:02 pm and is filed under . You can follow any responses to this entry through the RSS 2.0 feed. Both comments and pings are currently closed.