Home > Books > Down to Dirt 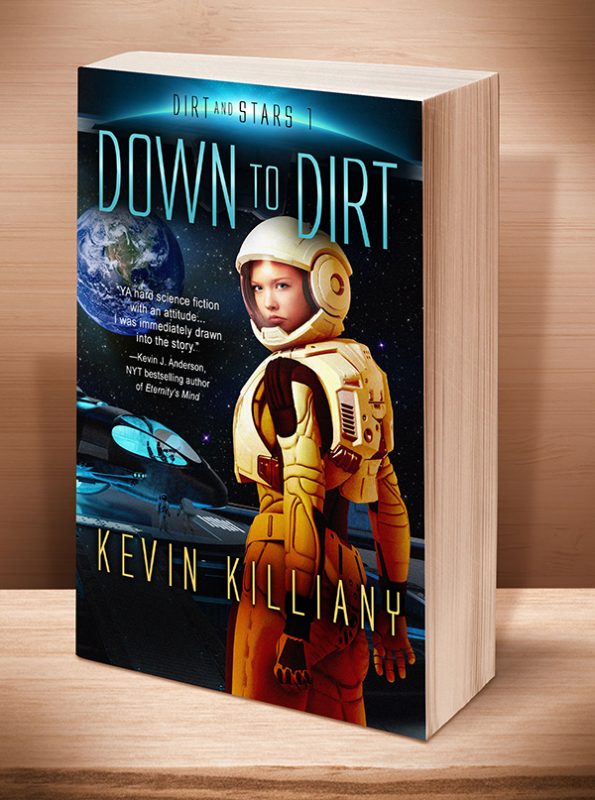 DIRT IS FOR LOSERS.

Kevin J. Anderson, New York Times bestselling author of "ETERNITY’S MIND," says: "DOWN TO DIRT is YA hard science fiction with an attitude, full of technical details as engaging as the characters. I was immediately drawn into the story."

Readers' Favorite Book Reviews says: "I generally have a hard time reading stories where events are more told than shown, but Down to Dirt was such an entertaining and effortless read, that I am pleased to admit I've seldom read a novel this close to perfection. Everything you could want in a YA, coming of age, sci-fi, dystopian world drama is here, put together for your reading pleasure by a talented and masterful writer. Do yourself a favor and read Down to Dirt by Kevin Killiany."

It’s 2021, and humanity has been in space for half a century. Giant space stations are hubs of scientific and industrial research, colonies are spreading across the moon and Mars, and sixteen-year-old Mara Duval, born and raised on Tombaugh Station, is training to be part of humanity’s first mission to the moons of Jupiter.

Life is full of possibilities—opportunities denied those deemed unfit for life in space. The unintelligent, the diseased, the mentally unstable, and the criminal—all who have been rejected by the Space Service—are condemned to live their lives on dirt, a planet everyone knows but no one mentions. Every spacer has relatives on dirt, family members who failed to qualify for space. Some are remembered, some are forgotten; but all are left behind.

To Mara’s horror, her parents have mandated she understand her past before she can pursue her future. If she wants to follow her dream to Jupiter, she must leave the safety of space and get to know her uncle, aunt, and cousin confined to dirt. Given no choice, she submits to medical procedures and intense physical training—bracing herself to survive weeks of exile amid violence, disease, and dangers she can only imagine.

But nothing could prepare Mara for what she discovers when she goes down to dirt. 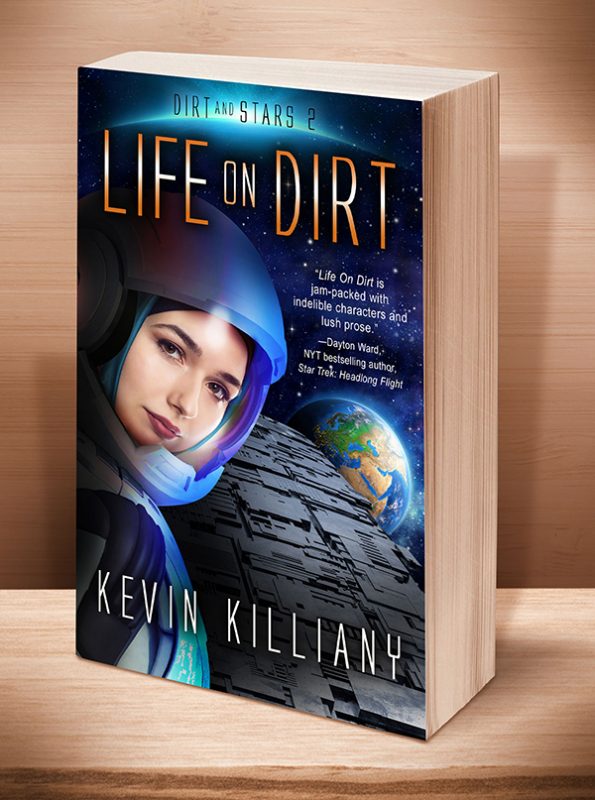 The first book in this young adult science fiction adventure is perfect for readers age 13 to 113.

Watch for the audiobook to release in the not-too-distant future. Stay tuned to this page for updates.

Sign up for Updates
Preview
This entry was posted on Tuesday, June 21st, 2016 at 12:51 pm and is filed under . You can follow any responses to this entry through the RSS 2.0 feed. Both comments and pings are currently closed.