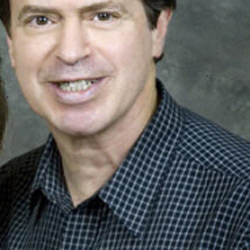 “Publishing your book is a very important time for authors. Choosing from the many options available today can be quite a difficult chore. There is a new firm out now that has the author’s best interests in mind. They produce quality books, well edited, with eye-catching covers. It is called Evolved Publishing. They offer a variety of services that authors can use and provide some of the largest royalties in the business. Before you decide on a publishing house to work with you on your new book, give Evolved Publishing a call and get some valuable information from their website at http://www.evolvedpub.com. You will be glad you did.” ~ Al Galasso, September 19, 2015

It’s always pleasing for us when someone outside our organization recognizes the quality of our work, and even more so when they are willing to tell the world about it. Such is the case for Al Galasso, Executive Director of NABE (National Association of Book Entrepreneurs), www.BookMarketingProfits.com. As Director at NABE for over 33 years, Al is a respected industry pro. That makes his words above all the more pleasing to us.

Those multiple awards are, frankly, the reason Al has been kind enough to endorse Evolved Publishing. The Pinnacle Book Achievement Award is offered seasonally, and each category typically carries only one or two winners — they’re not so easy to win. Thus, we are quite proud of the project teams who helped bring the above books to market.

We hope those won’t be the last Evolved Publishing books to be called Pinnacle Book Achievement Award Winners, but whatever happens in the future, we will be forever grateful to Al Galasso for taking a few moments to offer his endorsement of our efforts.