Jo’s short stories have been published in Cricket Magazine, and she is excited to share her “Trekana” series through Evolved Publishing. She teaches music at a wonderful Friends school that not only allows, but encourages, her quirky detours (they call them “diverse talents”). She music-directs for several theatre companies in central North Carolina, where she lives with her husband, three children, and a menagerie of pets from Captain the Cockatiel to her two sheep, Phineas and Ferb.

Watch for the “Trekana” series of other-world, young adult, sci-fi/fantasy adventures to release starting in December 2022:

Watchers can see and track a bird miles away; Listeners can hear a whisper a village away; and Knowers, extinct for 500 years, possessed telepathic powers straight out of a nightmare.

Biotech Researcher by day, Audiobook recorder by night, I am an enthusiastic reader who loves thrilling novels and young adult dystopias. Originally from Raleigh, NC, I can attempt to do a southern accent, but my typical voice is a very normal American Midwest. I am also willing to attempt any other accent as needed. I am a hardworking individual that will meet any deadline and always look forward to what’s going to happen in the next chapter!

Jonathan Waters is a classically trained actor and has been on stage, screen, and most notably behind the mic. Since graduating with a theatre arts degree from BSU in 2013, he has since directed an independent film, worked with local film and stage companies, and can be heard in over two hundred books of varying genres. When not “doing all the voices,” he can be seen with a Playstation controller in hand, or at a nearby brewery waxing poetical. He lives with his lovely wife, two adorable corgis, and two naughty cats. 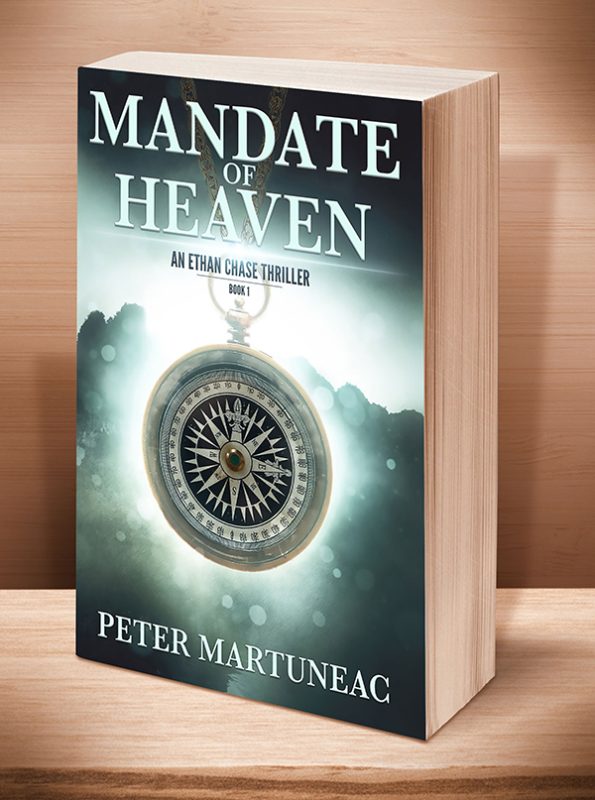 Watch for the second and third books in the “Ethan Chase Thriller” series to release in 2022 and 2023:

“You’re dancing with the Devil, Ethan. Did you not think you’d get burned?”

Ethan Chase’s old friend and mentor Mohammed provides Ethan with a clue that sends him on the trail of a priceless treasure that dried the River Jordan and laid low the walls of Jericho: the Ark of the Covenant, along with the lost wealth of King Solomon.

Frankie and Mei once again join Ethan on a globe-trotting adventure that takes them from the deserts of the Middle East, to the streets of Rome, and to dangerous, uninhabited islands. Yet whispers of a race for a legendary relic travel far and reach dark corners of the world, and one billionaire arms dealer is willing to spend her entire fortune to find the Ark… and kill whoever tries to stop her.

As a voiceover artist and former radio host, I’ve spent the past 14 years lending my voice to whatever projects seemed most interesting. Over the past five years, I have increasingly gravitated toward audiobooks, as there’s nothing like bringing a story to life.

I specialize in content targeting young adult, college, and teenage demographics, but I’ve done it all; in addition to fiction, I have provided the voice for biographies, historical nonfiction, and countless textbooks.

When I’m not recording, you can find me on the other side of the audio coin listening to audiobooks and podcasts, watching a documentary, or spending too much time in a record store.