March 2, 2020: We welcome Jenni Sinclaire as our newest editor to the team.

I have a deep fascination for language and the myriad ways it can be manipulated to express ideas. Reading and writing are, in my experience, among the most satisfying pursuits a person can engage in. I have always been drawn to editing as I feel it brings together the enjoyment of reading with the gratification of creating beautiful prose.

I graduated with a Masters in Philosophy and since then have worked in various sectors including marketing, technology and publishing. My editorial experience includes commercial copy and academic research, but fiction remains my great passion.

Edited or Co-Edited by Jenni Sinclaire:

FEBRUARY 16, 2019: We welcome Katherine McIntyre as our newest editor to the team.

Books have always been a part of my life. I started early on as a reader and would devour anything I could get my hands on, from non-fiction books to the many fantasy series I ended up falling in love with. When I went to West Chester University, I got my Bachelor’s in Literature.

From there, I became an author, working with a variety of different publishers, each one offering a unique experience. Collaborating with so many editors and experiencing what a difference they made on my work pushed me in the direction of turning my applied skills to freelance editing. As an editor, I’ve fallen in love with helping authors produce the best versions of their work possible.

In my free time, I have a penchant for board games, diner nights, and adventures.

Edited or Co-Edited by Kat McIntyre:

New to the Evolved Publishing Team as of 21 February 2018:

Stories in all forms, from movies to video games to graphic novels, have been an integral part of my life from a very young age, but I’ve always loved books in particular. As soon as I could hold a crayon, I was creating elaborate picture books on stapled sheets of printer paper. Once I learned to write, written narrative became my obsession, and it’s remained so ever since.

I earned my BA in creative writing from the University of Washington, and I later returned to earn a certificate in editing. I’ve discovered that, almost as much as I enjoy creating my own stories, I love helping others polish, perfect, and streamline their work—breaking down a scene to discover precisely what isn’t working, hunting down plot holes and inconsistencies, and digging for the exact turn of phrase that will make a piece of dialogue sing.

Since beginning my career as an editor, I’ve had the opportunity to work on a wide variety of material (including memoirs, novels, novellas, and short stories) in multiple genres and at multiple stages in the publication process. Helping bring books to print is both a dream come true and an honor, and I’m thrilled to be joining the talented team at Evolved!

Watch for all 3 books in the “Enigma of Twilight Falls” trilogy of horror/supernatural thrillers to release in the summer/fall of 2020. 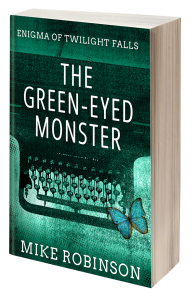 Editor’s Choice at HorrorNovelReviews.com: “Among the Top 10 Horror Novels of All-Time”

“Literary horror… Every page is full of insight, matched only by the high standard of the writing.”
~ Tom Conrad, The Indie Pendant

Martin Smith and John Becker: bestselling authors with ordinary names and extraordinary minds. Rivals since childhood, they are natives of the northern California town of Twilight Falls, and famous for their uncanny similarity in both physical manner and literary voice.

When one of them ends up dead at the other’s home, an investigation is launched into their dark past, revealing a series of troubling stories from their childhood, adolescence, and careers. All throughout, there lurks a sinister presence—an authorial entity with roots beyond our time or dimension, an entity with far-reaching designs. 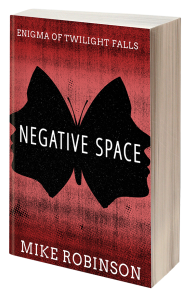 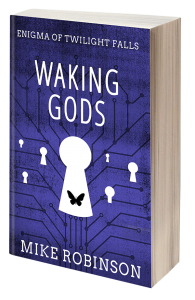 I love reading. Books have always been a part of my environment and my life. I taught English Literature for many years and my favorite part was watching students find their voice in writing. I edited at Weekly Reader for about a year prior to taking time off to have children. They are now 7 and 8 years old, writing their own stories, and reading as many books as their mama!

I manage an independent bookstore in Chappaqua, New York called Scattered Books, which is my second home. I travel often with my family, and friends, and always make sure I find the bookstores wherever we go.

“Books are the treasured wealth of the world and the fit inheritance of generations and nations.” ~ Henry David Thoreau, “Walden”

Edited or Co-Edited by Kimberly Goebel: