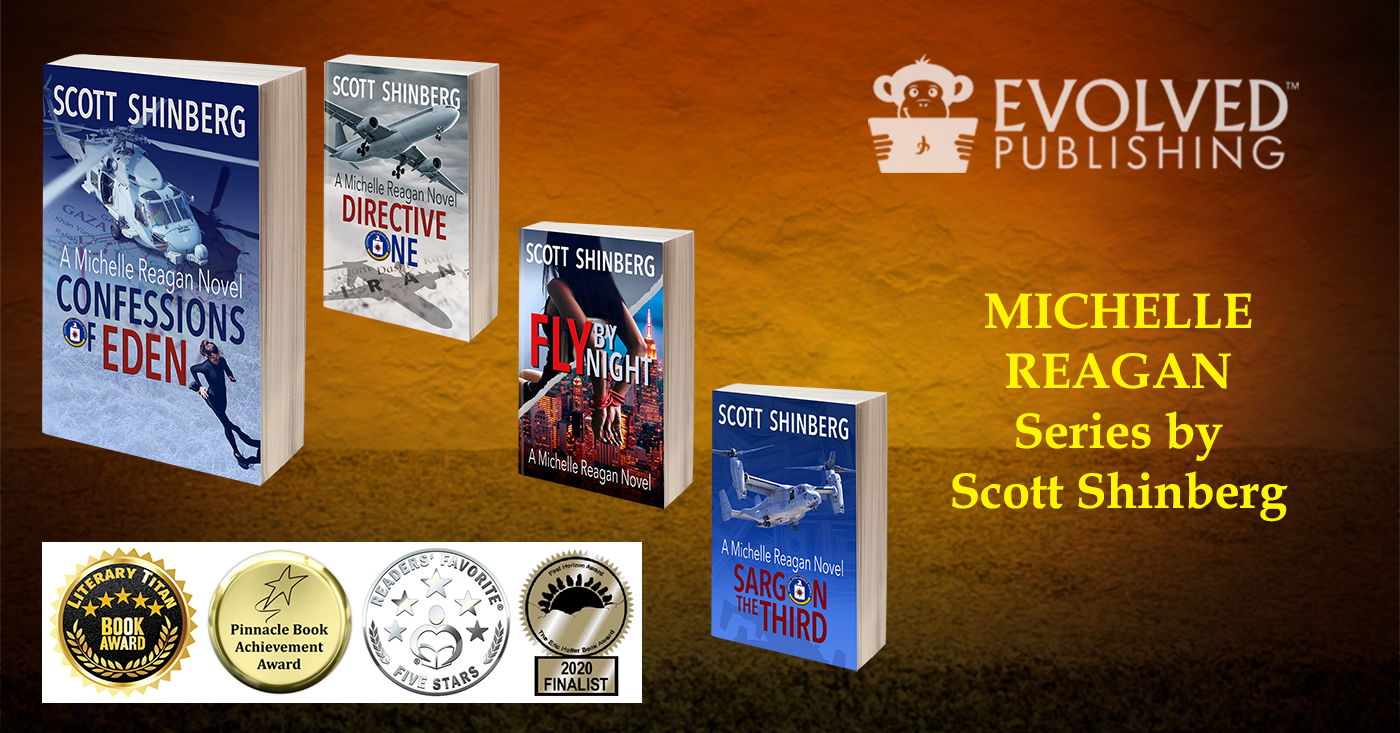 Now that the 4th book in this series, SARGON THE THIRD has launched to such critical acclaim (just like the first 3 books), we think it’s time to remind you that this series is ready to take you on a wild thrill-ride!

Need a little extra enticement? Okay. For a short time (through November 21), you can get the first book in the series, CONFESSIONS OF EDEN, for ONLY $0.99 (SAVE $4.00). Just click on the link below for your favorite retailer.

Here’s a little more about CONFESSIONS OF EDEN:

Is “Confessions of Eden” drawn from today’s headlines, or are the headlines drawn from what little is visible of Eden’s footprints?

“This novel is purpose-driven; it is written for those who enjoy action, but the strength of the characters is one of the irresistible elements of this well-crafted thriller. … Fast-paced and filled with action, it is one of those books you feel compelled to read nonstop.” ~ Christian Sia, Readers’ Favorite Book Reviews (5 STARS)

“For fans of crime and espionage, Confessions of Eden comes across as a tour de force in entertainment.” ~ Romuald Dzemo, Readers’ Favorite Book Reviews (5 STARS)

Michelle Reagan—code name Eden—is the CIA Special Activities Division’s newest covert action operator, an assassin, who struggles between wanting to succeed in her new profession for herself and her charismatic boss, and the moral quandaries of what she must do to innocent people who are simply in the wrong place at the wrong time. Although she faces seemingly intractable decisions as she executes her missions across the globe, the adversary most difficult to overcome may very well be her own conscience.

Through it all, only one man has ever called her an ‘assassin’ to her face. Someday, if she has her way, she’ll marry him—if she lives that long.

And now, we’ll skip forward to the most recent book in this series.

Here’s a little more about SARGON THE THIRD:

“The action is better than Mission Impossible movies, the thriller element is out of this world, and the character development is incredible.” ~ Readers’ Favorite Book Reviews, Rabia Tanveer (5 STARS)

“…an exciting journey from go to Woah! …an enthralling spy thriller that will keep readers turning the pages in anticipation of the next move.” ~ Readers’ Favorite Book Reviews, Grant Leishman (5 STARS)

Michelle Reagan—code name Eden—races against the clock to prevent Sargon’s deadliest attack yet. To find him, she must master all the tools of her trade, from spies and surveillances, to propositions and prostitutes. Interrogating bankers and fighting bodyguards stretches Eden past her emotional and physical limits. Overmatched in the fight for her life, Eden is pushed to do something she’d hoped with all her heart she would never be forced to do—point her deadliest weapon at herself.

“…everything a fan of Clancy, Koontz, and Ludlum seeks in a story: the heart-pounding action, the suspense, and the unexpected twists we love in the thriller genre.” ~ Readers’ Favorite Book Reviews, Tom Gauthier (5 STARS)

Be sure to check out the entire series at the link below, and please enjoy!

Michelle Reagan Scott Shinberg
This entry was posted on Friday, November 12th, 2021 at 12:23 pm and is filed under Blog. You can follow any responses to this entry through the RSS 2.0 feed. You can leave a response, or trackback from your own site.