We’re thrilled to announce that we have 4 recent New Release Audiobooks for your listening pleasure. They run a wide range of genre interests, so it’s likely you’ll find at least one you like here (we hope you’ll love all 4, of course). We’ll offer details below, in alphabetical order by title. 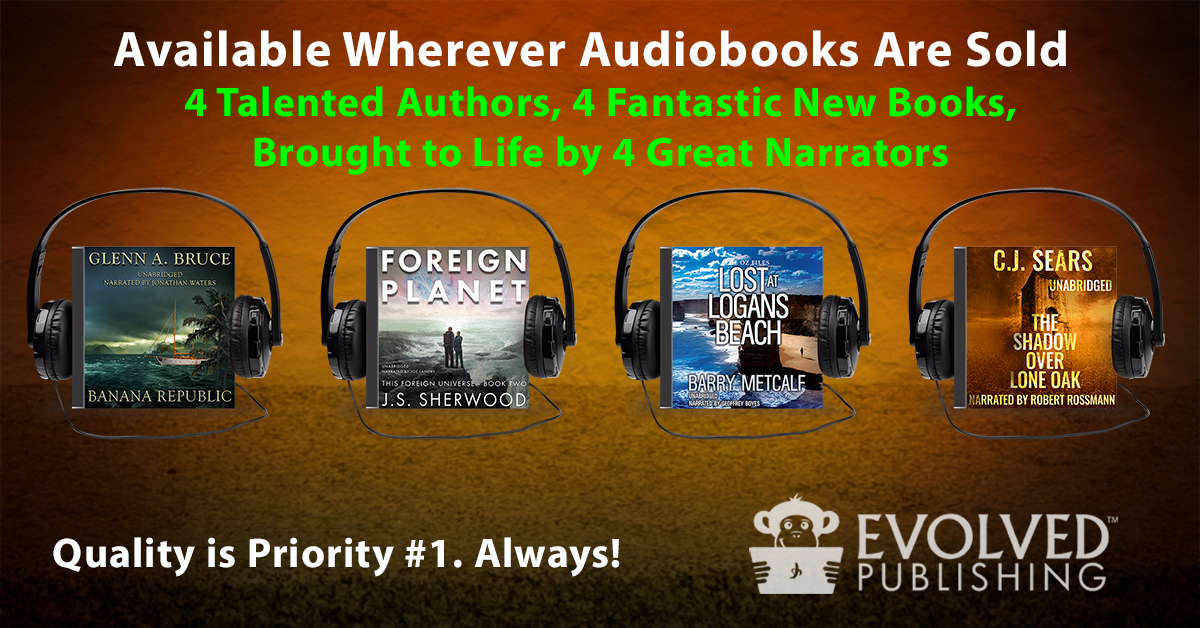 BANANA REPUBLIC by Glenn A. Bruce
(Narrated by Jonathan Waters) 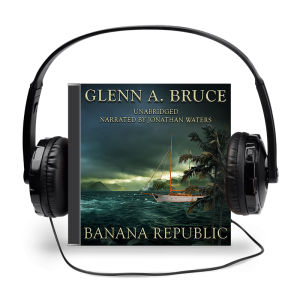 When criminal elements collide, the rules of the jungle will prevail, and those unprepared will pay the highest price.

“A piña colada with rum, bullets, and bloodshed. This Banana Republic should come with a travel advisory.” ~ Jim Hamilton, Author of “The Last Entry”

Richie Makepeace flees to South America after being framed for a double-murder in Miami. He settles in La Vaca, a classic tiny town on the edge of the Colombian jungle, and meets Vicki Freeman, a top fashion model with a thing for “bad boys.” While Richie resists falling for her, she and her rich boyfriend devise a wild, “adventurous” plan that relies on Richie helping them.

Richie does not want to get involved, but with cash running out, he concedes and sets it all up. He should have known it would lead to chaos, backstabbing, and bloodshed.

“Should be taught in Thrillers 101! Taut, twisty, and filled with danger at every turn!” ~ Ty Spencer Vossler, Author of “Deep Mud” 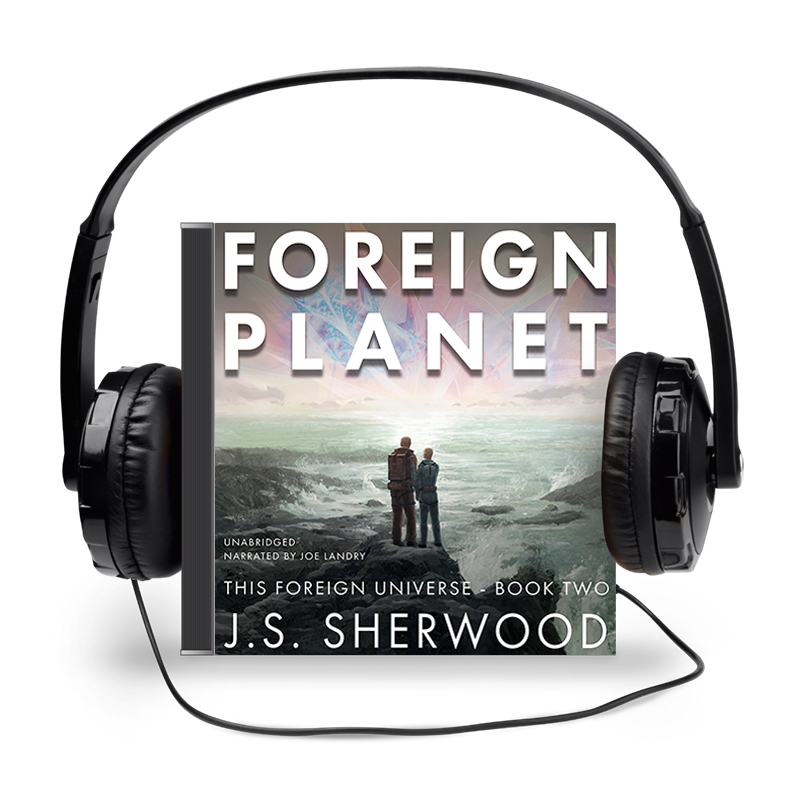 After sending Aleron’s monster back to the fourth dimension, the survivors find unexpected friends and a terrifying threat.

After narrowly escaping Aleron’s monster, Tashon is left with a connection to the fourth dimension that grants him new insights and grand visions. What he sees leads to the discovery of two living, intelligent species on Aethera. One believes in pacifism above all else, while the other thinks Aethera belongs to them alone.

Tashon and Abe set out on a journey across the planet in hopes to befriend the violent species, while Smith stays behind to strengthen humanity’s alliance with the pacifists. In the end, the future of Aethera will not be what they imagined. 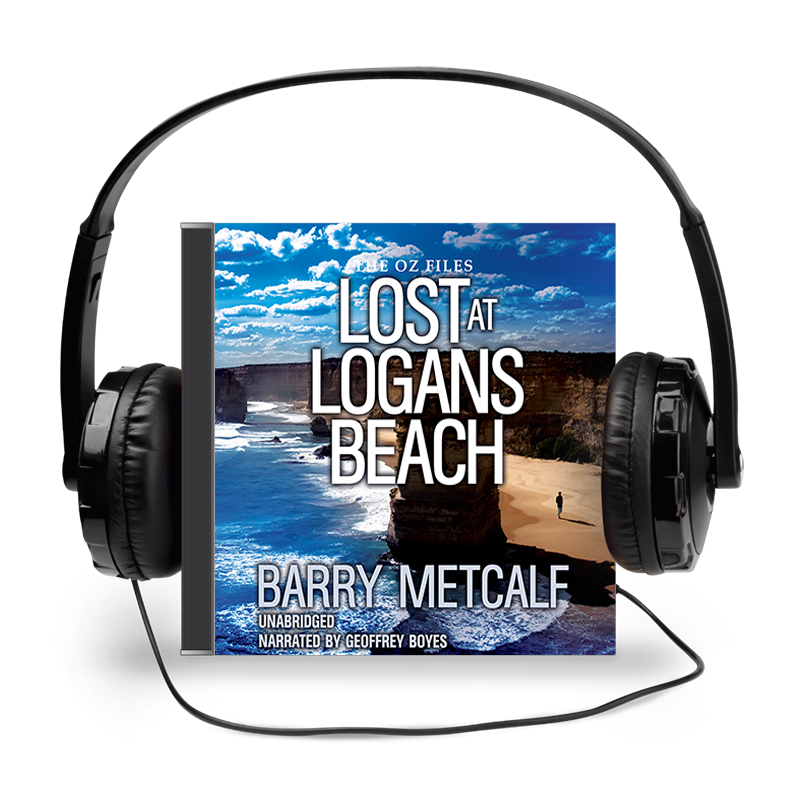 Wrongly accused of his wife’s murder, and beset by bizarre dreams, Martin finds everyday life almost more than he can bear.

Martin’s wife is dead—murdered—and the authorities have it all wrong when they arrest Martin for the crime. He’s devastated, confused, vulnerable, and lost after being released on bail.

Desperate to reconnect with someone—anyone—he meets and confides in a beautiful redhead. She offers to help him recover from this crisis, but nothing seems to go right.

Beset by bizarre dreams, he crashes deeper and deeper into his living, waking nightmare, until life becomes a razor’s edge upon which he must regain himself.

THE SHADOW OVER LONE OAK by C.J. Sears
(Narrated by Robert Rossmann) 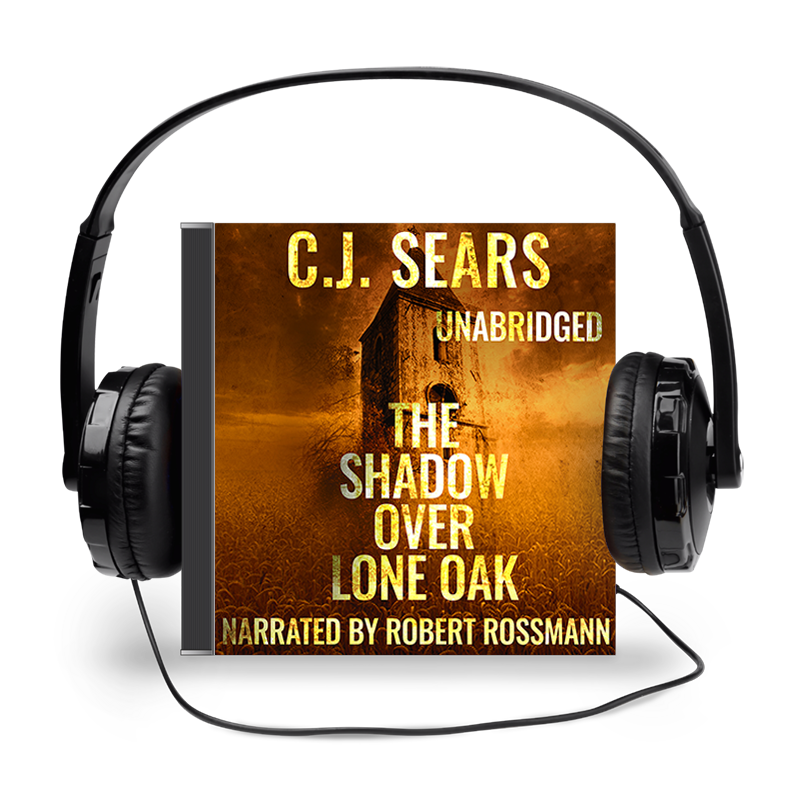 Tragedy strikes Lone Oak in the form of a dead girl, and it’s just the beginning.

“For me personally, the balance of horror versus thriller was spot on… a thrilling new crime horror series that I, for one, don’t want to miss out on.” ~ Readers’ Favorite Book Reviews, K.C. Finn (5 STARS)

The peaceful town of Lone Oak has, in fact, always rotted beneath the surface, with tales of blood feuds and bootleggers. Still, it suffers a devastating blow when a young woman is murdered and her body displayed. Sheriff Willow Donahue is out of her depth with a cult on her doorstep, and Special Agent Llewyn Finch is the only one who can help her stop it—if Willow can learn to trust in Llewyn and his unique abilities.

As Llewyn digs into the case, a bizarre message in a dream sends him down an uncertain path. He must sort out fact from fiction before it’s too late.

“With every step I made into the story’s plot, the more the suspense, tension, and thrill intensified. …The Shadow over Lone Oak is a magnificent piece of work.” ~ Readers’ Favorite Book Reviews, Keith Mbuya (5 STARS)

“A gripping horror/thriller that keeps you on the edge of your seat, The Shadow over Lone Oak is a wild rollercoaster of a ride you don’t want to get off.” ~ Readers’ Favorite Book Reviews, Pikasho Deka (5 STARS)

Audiobooks Banana Republic Foreign Planet Lost at Logans Beach New Release The Shadow Over Lone Oak
This entry was posted on Wednesday, January 4th, 2023 at 7:27 am and is filed under Blog. You can follow any responses to this entry through the RSS 2.0 feed. You can leave a response, or trackback from your own site.