Tag Archives: The Atheist and the Parrotfish

Author Dr. Richard Barager Talks about the Interesting Subject Matter of His New Book “The Atheist and the Parrotfish”

We are pleased to welcome to our blog today Richard Barager, the author of the exciting new upmarket literary novel, The Atheist and the Parrotfish. He speaks a little about his process, and about what led him to the unusual but compelling story he brings us.

A frequent question in author interviews is this one: “What made you decide to write this book, of all the books you might have written?” In the case of my latest novel, The Atheist and the Parrotfish, there were two images seared on my brain decades ago that lingered and refused to go away. The exploration of what they meant became the basis for my novel.

One was of an encounter with a patient of mine, years ago. He was a gruff tradesman who came to my office one day wearing a dress and a bra and female wig, at a time when public cross-dressing was rare. I asked him why he was dressed like a woman. “Because I like it,” he said. “And that’s all I want to say about it.” I wondered ever since what exactly it was that he liked about wearing a dress? My memory of him that day eventually gave rise, over two decades later, to my exploration of what it means to be transgender—and why—through the character of Ennis Willoughby, described as follows in the story.

“Hairless legs latticed by thick veins peeked out between the rims of his white socks and the hem of his dress. With caved in temples and sunken cheeks, a dusky wattle dangling practically to his chest, broken teeth, sallow skin, and a glaze of despair in his eyes…All he lacked was the striped garb of Auschwitz.”

Another image indelibly graven unto my brain back then came during a trip to Paris, on a visit to the Louvre. I came around a corner and confronted one of the most arresting and disturbing paintings I have ever seen, a masterpiece by the Romantic painter Paul Delaroche, entitled La Jeune Martyre (The Young Martyr). It was of a young girl floating face up in the Tiber River, with her shear white dress billowing in the water and her wrists bound in front of her. A halo hovered over her, described in my novel as “…a thin gold circle of empyreal light…The lambency of the halo colored everything beneath it soft and yellow, even in the dark, lapping water.” The intensity of Delaroche’s rendering marinated in my mind for years and finally launched me on an exploration of religious skepticism and faith.

My memories of these images formed within several years of each other, but I had no way of knowing at the time that not only would I search for their meaning two decades later, but that I would do so in the same novel. Nor would I have believed it possible that my story would discover the same essential truth in each, a brilliant paradox common to Christianity and to cross-dressing. So striking was this elemental truth that I nearly titled my novel The Christian and the Cross-Dresser, instead of The Atheist and the Parrotfish. (Parrotfish, by the way, are hermaphrodites, spending part of their life cycle as male and part as female—like Ennis.)

A doctor’s religious doubt is shaken by a transplant patient’s eerie knowledge of his organ donor’s most intimate secret.

Doctors tend to the needs of their patients, but patients give meaning to the lives of their doctors. So it is for Cullen Brodie, a twice-divorced California nephrologist, and Ennis Willoughby, a troubled cross-dresser whose life is saved by a rare heart-and-kidney transplant.

Cullen’s bitter disbelief in the afterlife is tested when Ennis begins to exhibit tastes and characteristics uncannily similar to those of his female organ donor—whose first name Ennis inexplicably knows. When Ennis becomes convinced that the donor’s soul has inhabited him, Cullen sides with Ennis’s psychiatrist, who tells Ennis he has subconsciously confused his emerging transgender personality with the imagined characteristics of his female donor.

While his psychiatrist coaxes forth Ennis’s female side, Cullen is summoned to the South Pacific by an old lover for a reckoning of their past. On the island paradise of Rarotonga, he is forced to confront the heartrending truth about a tragedy that destroyed their college romance—a tragedy Cullen blames on religious zealotry.

Filled with resentment over what he has learned, Cullen returns to Southern California determined to shatter Ennis’s delusion of ensoulment. But Ennis’s eerie knowledge of his donor’s greatest secret forces Cullen to consider the unimaginable: Is it possible he is witness to a verifiable incident of transmigration, tangible proof of a human soul? Or is he witness instead to the miracle of being transgender? Male and female at once, the glory of one and the glory of the other, both shining—like a parrotfish, another miracle of nature, changing gender apace, beside its glorious, ever-changing hue.

By day I’m a nephrologist, treating dialysis patients and kidney transplant recipients. By night I write fiction. I believe the two finest callings in life are doctor and writer, one ministering to the human condition, the other illuminating it, and each capable of transforming it.

I am a champion of the healing power of literature, and sometimes prescribe novels or short stories to patients to help them cope with illness. Fiction explores meaning in a way science cannot. Sometimes only fiction tells the truth.

The Atheist and the Parrotfish 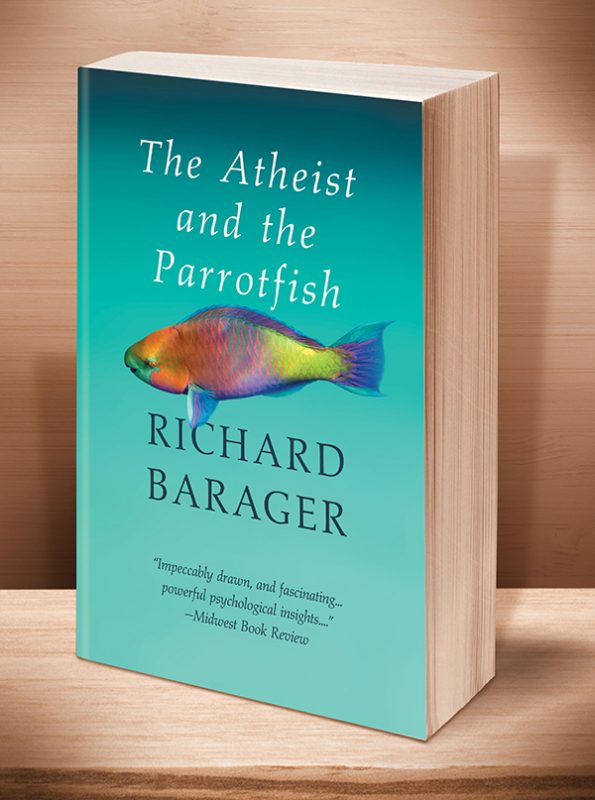 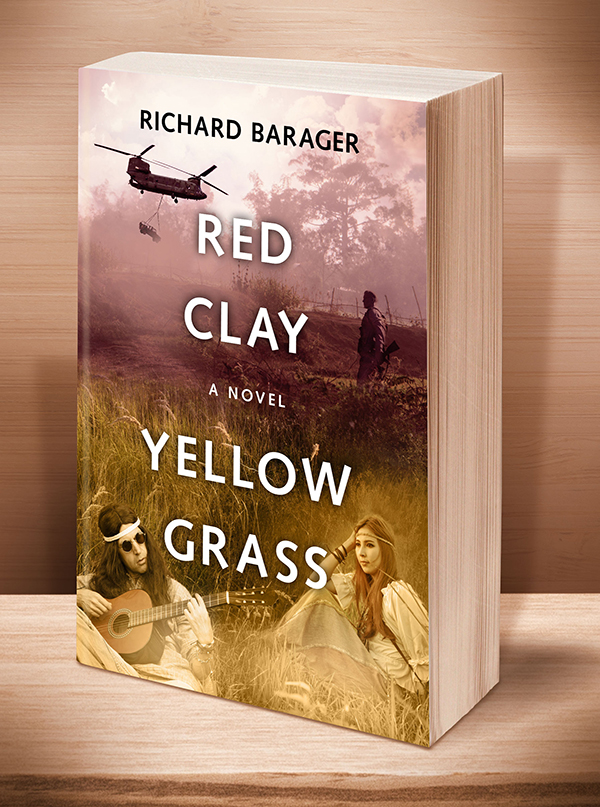 Red clay and yellow grass, a battleground and a rock festival… the senseless slaughter of Vietnam and the folly of utopian fantasy.