Home > Books > Yours to Keep or Throw Aside 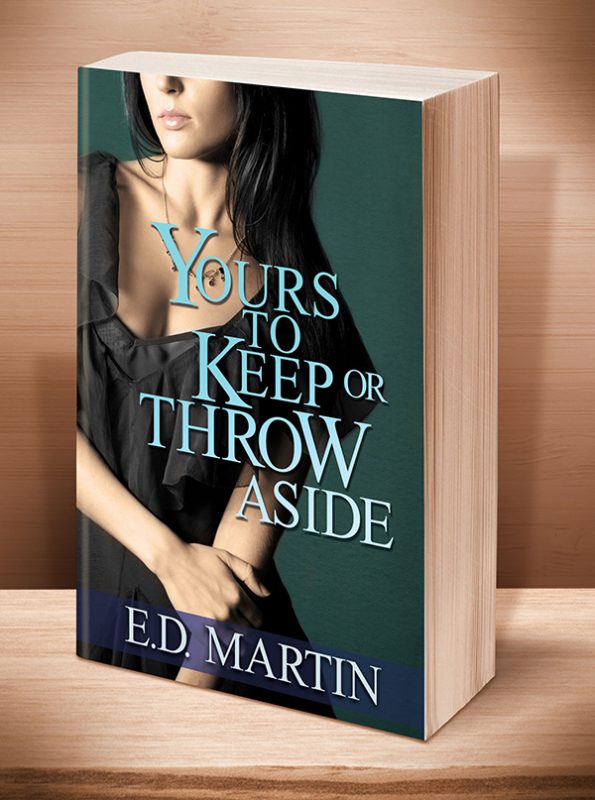 When their paths cross, Kasey and Andrew embark on a tumultuous journey that demonstrates just what they’re willing to do to save the ones they love.

“Redemption. This was the first word that occurred to me with the last sentence of the book. Redemption for what we’ve done; redemption from what we’ve suffered. ...a touching story of two people struggling to find their place in life and their true self, two souls which have suffered more than enough, two human beings who have discovered that we are the loneliest in our darkest hours.” ~ Tsvetalina Baykusheva

After her husband’s infidelities are revealed, Kasey Sanford just wants to rediscover who she is, including her new friendship with police officer and soldier Andrew Adams. Intent on preserving her marriage for the sake of her young daughter, and with no one else to confide in, Kasey turns to Andrew for support.

But Andrew’s own life is falling apart as he’s put on standby for another deployment, triggering painful memories he’d rather ignore. He’ll do anything to forget the soldiers who didn’t return home with him, his stillborn son, and all those he’s disappointed, including God.

As their relationship grows, Kasey must decide if she will repair her marriage and remain with the man she’s always loved, or if she will give up everything she holds dear to save the soul of a man she barely knows, a man who fights her at every step, a man desperate to regain his faith in God, in humanity, and in himself.

“This book left me feeling both happy and depressed. ...There was a point early on in the book where there was no turning back and I could not put it down. ...It stuck with me, so much so that I had to hound my best friend to read it so we could discuss it. It would be a great book club selection, and the author even includes some questions for discussion.” ~ Charlie

PUBLISHER’S NOTE: This book was originally released in 2013 under the title The Lone Wolf.

Click the BookBub button to keep informed of special deals on this book and others by E.D. Martin. Just FOLLOW her on BookBub, and be sure to BOOKMARK her books as “Wanted (Deal Alert)”–that way you won’t miss out.

And don’t miss E.D. Martin’s thoughtful and moving collection of related short stories, The Futility of Loving a Soldier.

Eleven compelling stories that explore the physical and psychological effects of combat, both on those who serve and those back home.

Preview
This entry was posted on Saturday, November 21st, 2015 at 2:01 pm and is filed under . You can follow any responses to this entry through the RSS 2.0 feed. Both comments and pings are currently closed.