An actress and physical theatre performer for many years before becoming a Voice Actor, Holly continues to divide her time between stage, circus, and audiobook narration. A favorite project this year has been working with girls in Kabul for the Afghan Children’s Circus. No matter what she is doing, Holly absolutely loves telling a story and bringing characters to life.

Holly began her VO career doing radio plays and audiobook characters with the amazing Full Cast Audio company; fans of Full Cast may recognize her as Alannah in books by Tamora Pierce, or any number of characters from other audiobooks, including “Sun Moon Stars Rain,” “Stop the Train!,” and “The Goose Girl.”

Since then, Holly has voiced radio and web commercials, various e-learning projects, multiple videos (including several for the Cornell Lab of Ornithology) and PSAs, including this year’s Epilepsy Foundation PSA at Citifield.

And of course, audiobooks! Recent favorites include Scents and Sensuality, and Our Red Hot Romance is Leaving Me Blue. Holly is thrilled to be a part of the Evolved Publishing team, and looks forward to adding Evolved Publishing titles to the ‘favs’!

To learn more about Holly and her body of work, please visit his website (linked under the “Contact” tab). 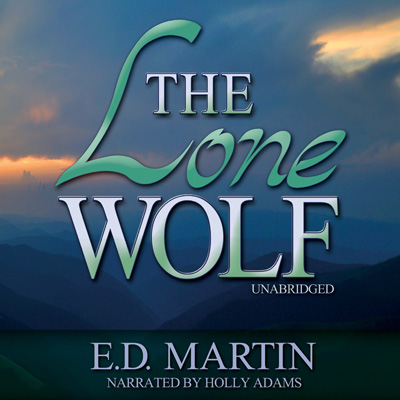 Listen to a sample of The Lone Wolf HERE (click on “PLAY AUDIO SAMPLE” right under the cover).

Some Audio Samples at Soundcloud

This entry was posted on Friday, June 27th, 2014 at 5:24 pm and is filed under Team Member, Voice Actor. You can follow any responses to this entry through the RSS 2.0 feed. Both comments and pings are currently closed.