In addition to a career as a newspaper editor, publisher, and manager, Robb Grindstaff has written fiction most of his life. The newspaper biz has taken him and his family from Phoenix, Arizona, to small towns in North Carolina, Texas, and Wisconsin, from seven years in Washington, D.C., to five years in Asia. Born and raised a small-town kid, he’s as comfortable in Tokyo or Tuna, Texas.

The variety of places he’s lived and visited serve as settings for the characters who invade his head.

His novels are probably best classified as contemporary southern lit, and he’s had more than a dozen short stories published in a wide array of genres. His articles on the craft of fiction writing have appeared in various writer magazines and websites, and one of his seminars was presented at the Sydney (Australia) Writers Festival. He also has taught writing courses for the Romance Writers of America, Romance Writers of Australia, and Savvy Authors.

Robb retired from the newspaper business in the summer of 2020 to write and edit fiction full time.

I’ve edited fiction and non-fiction books for authors from around the world for the past ten years.

My clients include authors of literary, contemporary, women’s fiction, crime, young adult, fantasy, and romance (spicy or mild), as well as creative non-fiction such as memoirs. I’ve edited about every genre other than sci-fi.

A few of my articles on the craft of writing fiction have appeared in various writer magazines and websites, and one of my pieces was presented at the Sydney (Australia) Writers Festival. I also teach fiction courses for the Romance Writers of Australia, Romance Writers of America, and Savvy Authors. 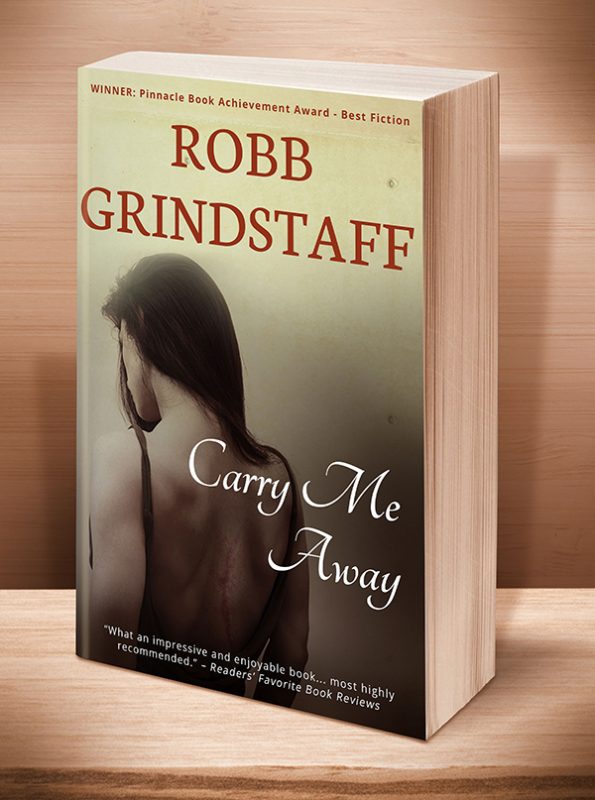 Watch for Slade to release in late 2021.

An unlikely celebrity with a self-help book becomes a reluctant spiritual guru to the Hollywood elite, spawning a cult he wants nothing to do with.

A car crash thirty years earlier left Slade Bennington severely disabled but with a new outlook on life. His book about overcoming trauma becomes a bestseller and a box office hit movie. Slade strikes up an unusual friendship with Schuyler, the six-foot-tall teenage actress who portrays his sister in the movie. She encourages him to continue writing, and his pithy musings about life spur a nationwide following of devotees who study his books like Holy Scriptures.

Slade becomes a counselor to the celebrity in-crowd—the Shaman to the Stars. While thousands adore Slade, others call him a Svengali or Rasputin-like character who controls and manipulates his clients.

EVOLVED PUBLISHING PRESENTS an offbeat literary/satire novel that unfolds in a series of interviews with the main character and those who know him best, plus snippets from Slade’s books and news reports. The unconventional structure, dark humor, and cast of quirky characters will appeal to readers of Chuck Palahniuk and John Irving.

Watch for Turning Trixie to release in 2022.

Trixie Burnett, a 23-year-old single mom and the only prostitute in the small northeast Texas town of Pineywoods, knows the winning lottery ticket in her purse is about to change things forever.

Trixie retires from the world’s oldest profession and seeks a new life for herself and her eight-year-old son, Tyler. Trouble starts when she decides the rest of the town needs changing too.

Trixie never finished high school, but she has the Internet, an accountant to manage her newfound wealth, and a ranch hand with biceps hard as rocks and a heart soft as homemade bread. She seeks a welcoming church where she can put her tithes and offerings to good use in the Lord’s service, a new home in town to replace the rundown farmhouse she inherited from her father, and another new house to get her mother out of a meth-infested trailer park. With most of her money invested, she only splurges on a new car, a new bike for Tyler, a new hairdo, and a new wardrobe appropriate for joining the Ladies’ Society Circle.

But reputations and attitudes don’t change as easily as bank accounts or hairstyles. Seems everyone in town has something to hide, and movers and shakers don’t give up their positions easily. Some will stop at nothing to protect their power, especially from a hooker-turned-philanthropist who knows their most intimate, embarrassing secrets and now dares to enter their sanctuaries.

This entry was posted on Tuesday, March 12th, 2013 at 1:39 am and is filed under Author Showcase, Editor Showcase, Team Member. You can follow any responses to this entry through the RSS 2.0 feed. Both comments and pings are currently closed.