I came across the idea for my first novel almost by accident. I was at home on summer break from school–I use the word “summer” lightly, as I’m from the north of England–when a news article caught my eye. It was titled “The First Person to Live to 1000 has Already Been Born.” A year (and several drafts) later I had a manuscript for my first novel: Uploaded.

These days I live in Lancaster, a place equally as cold and wet, with seven of my friends. When I’m not writing (or procrastinating), I alternate my time between finishing off my degree in marketing, cooking, travelling, and running.

For more information about James, please visit him online at any of the sites listed under the Contact tab. 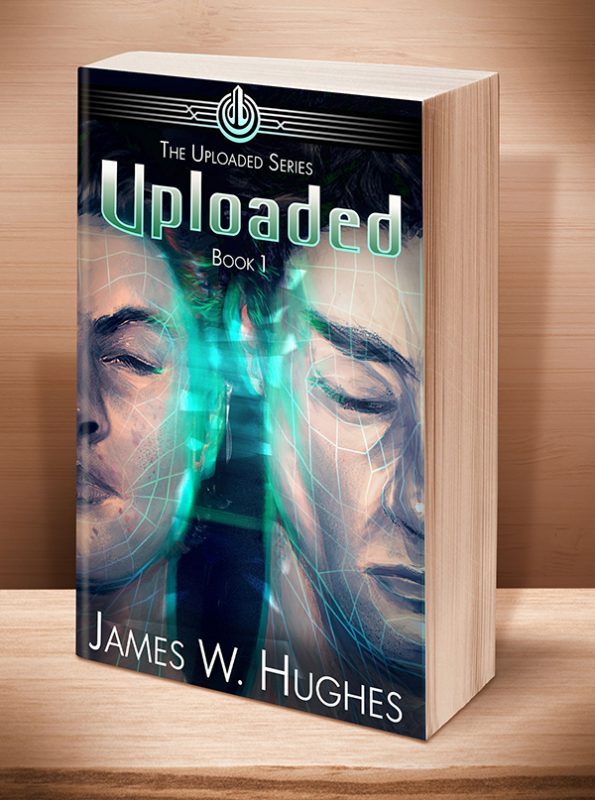 Watch for James’s second novel in the dystopian YA series, Uploaded: Viral, to come in the fall of 2017.

The Underground has fallen.

The Enclave has delivered a crushing blow to the Outside, but Xander has not lost hope. As the immortal race revel in their victory, he is back in the walled city, uploaded and desperately trying to unravel the president’s sinister plan from the inside.

Rachel has survived the battle, but now lives trapped in the former rebel stronghold. She must learn the ways of the president’s regime to keep not only herself safe, but also those dearest to her.

And all the while, the spark of rebellion grows brighter. Almost as bright as a strange, flickering flame to the north where the Wildlanders have suddenly resurfaced, determined to avenge those the Enclave has taken.

This entry was posted on Sunday, February 28th, 2016 at 4:52 pm and is filed under Author Showcase, Team Member. You can follow any responses to this entry through the RSS 2.0 feed. You can leave a response, or trackback from your own site.