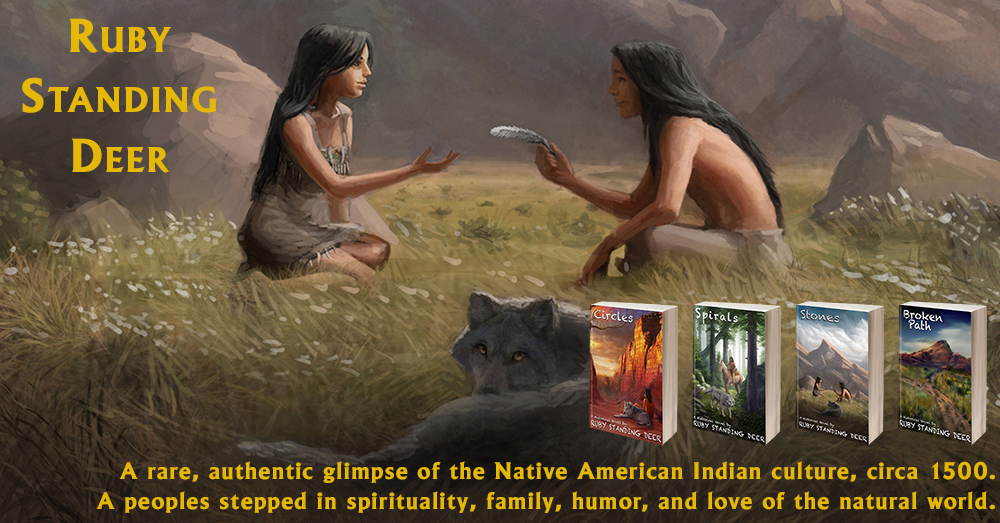 Ruby Standing Deer has produced remarkable books that have entertained and moved untold thousands of readers. She brings her native culture out of history and into focus for us, and we can’t help but admire these remarkable peoples who struggled to maintain their way of life in the face of impossible odds. Part historical fiction and part fantasy — in a seamless blending — these stories will whisk you away to a culture, and introduce you to characters, which you will never forget.

We will list her books below one by one, in series order, complete with full descriptions and easy retail links. We could also list all of the kudos and acclaim she’s receieved, but then… this page would be much too long. So… please enjoy. 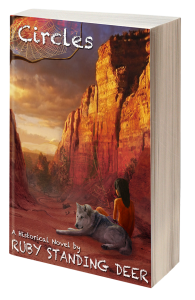 With much of the world still undiscovered, a small band of people live a peaceful life, until the dream vision of a young boy, Feather Floating In Water, changes everything. Only nine winters old, Feather’s dreams turn his seemingly ordinary childhood into the journey of a lifetime. He must help his people face a terrifying destiny from which they cannot turn away. He must find a way to make his people listen.

Bright Sun Flower, the boy’s grandmother, guides his beginnings, teaching him about the Circle of Life, and how without it, no life can exist. But he needs a bigger push, and gets it from a grey wolf and a Great Elder. The boy’s journey leads him to discover that the Circle of Life involves all people, all living things, and not just the world he knows.

In the end, an ancient People guide the boy in his visions, toward an unexpected place hidden from outsiders.

This story is steeped in American Indian life, in their beliefs and humor, and in their love of family. It shows how we might benefit from the old ways today. 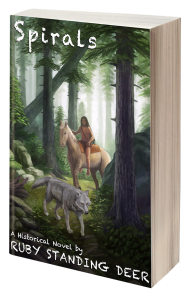 A Holy Man, who lives in both this world and the Spirit world, waits hidden in a cave in the canyons, as a newly made woman runs toward him. She flees her would-be suitor, who wants from her more than she can give.

The Holy Man and his constant companions, a colony of mice, accept the woman within the cave. She worries that he may be crazy, but given her fear of the man who desires her, maybe crazy is not so bad.

Shining Light is now grown and with family. He dreams of the woman and the Holy Man in the canyons, and knows that, after four seasons of calm and peace in the Forest of Trees, he must go to them. He seeks guidance, but the Spirits tell him only that he must rescue these two people. Yet he need not go alone. Ever Shining Light’s faithful companion and Wolf Brother, White Paws senses he must follow his Human Brother. Thus, one Human, one Wolf, and their two families set out for the unknown.

The adventure exceeds all of Shining Light’s expectations, and he learns more about his place in this world than the Holy Peoples of his band could ever teach him. 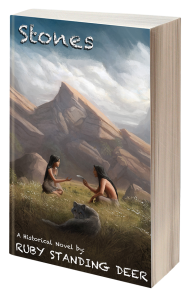 The peace that Shining Light and his family have enjoyed in the Land of the Tall Trees is shattered by his young daughter. Dove’s dream of mustangs, and of a young Native American Indian boy named Singing Stone, and his family known as the Mustang People, will not let her rest.

The coming of the wild mustangs blessed Singing Stone’s people with a better way of life, and now these beautiful creatures are being slaughtered. Spurred on by the discovery of the yellow stone, the Hairy-Faces join with the Likes to Fight People to drive out other bands. What better way to weaken the Mustang People than to capture or kill the mustangs? Singing Stone and his family fight to protect them, but what can three do against many?

When an attack by the Likes to Fight People leaves all of their possessions destroyed, Singing Stone and his family join the Blue Sky People, and together they become the Blue Sky Mustang People. With winter and danger looming ever closer, the mustangs and their protectors must keep moving, even though it is the season to stay in one place. Can they stop the Likes to Fight People and the Hairy-Faces from killing the mustangs? 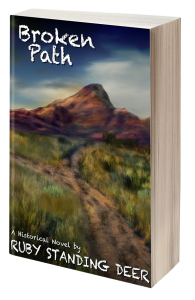 Golden Fox, a girl barely turned woman, is pursued by her hairy-face father, who will stop at nothing to find her, even if he has to destroy her entire band. He gives one of her relatives the “Poisoned Water,” and in return the woman burns down Golden Fox’s family’s lodges.

The band is thus broken.

Golden Fox’s grandfather, Eagle Thunder, never wanted to become leader of the band, but when the hairy-face’s poisoned water takes over the minds of many of his peoples, including the Elders, he has no choice. He must lead the remnants of the band or they will die.

Homeless, they travel into unknown lands, where a Holy Woman invites them to join their band. Golden Fox respects the Holy woman, and an albino warrior that she falls for, but they hold from her an important secret.

All the great listening brought to you by audiobook producer/narrator Karen Rose Richter: 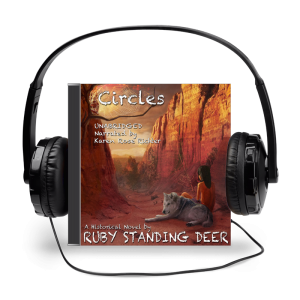 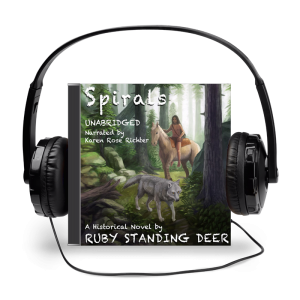 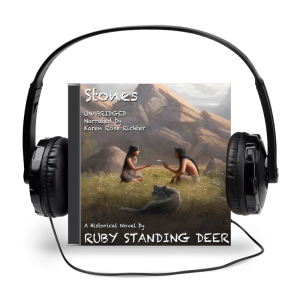 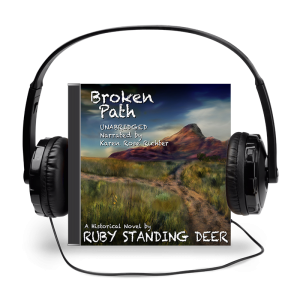