My love of reading started early, before I can remember, but my obsession began with R.L. Stine’s Goosebumps books. In my teens, I graduated to Clive Barker, to my mom’s dismay. One year, a copy of his Books of Blood was all I wanted for Christmas. Though my mom may not have agreed with my preferences, she always accepted me for who I was, and encouraged me to be that person. She saw me through my brief Anne Rice Interview with a Vampire and Queen of the Damned phase, my Stephen King’s Dark Tower phase, and my Terry Goodkind’s Sword of Truth phase. (And the trilogy that shall not be named, the one with sparkly vamps. What? It was a phase!) It shouldn’t have come as any surprise that I’d write a few stories of my own someday. Speaking of which….

In March 2013, my youngest daughter was born. I’d worked full-time jobs while my older two children stayed with a sitter, but decided to stay home with the last one. With much more time on my hands than I’d expected, I took an online writing class, out of which a whole new world opened up for me. At the encouragement of our instructor, I started a blog and started tweeting. Within months, I’d found lots of new connections, people who were also pursuing this writing thing. Within a year or so, I’d started publishing my own short works.

Now, four years later, I’ve finally nailed down my voice and style. I love stories with paranormal elements, especially those that relate to the afterlife or alternate biblical histories, the darker the better. I also have a soft spot for romance, thanks to Grandma.

In 2014, I eased into editing. A critique group made its way onto my priority list. If a writer buddy needed a beta read, I jumped at the chance to apply a critical eye as well as positive reinforcement to the task. With every project I worked on, whether writing or offering constructive criticism, I aimed to improve my craft as I helped my fellow author. Becoming an editor wasn’t my goal, but as I learned more about the mechanics of writing, a natural evolution occurred. My editing skills grew at a much more rapid pace than my writing skills did.

Since 2014, I’ve edited countless anthologies, novels, and independent short works from various authors. I wish I had counted. That number would be pretty handy right about now. My primary focus is on speculative fiction, but I’m also interested in women’s fiction and romance.

Edited or Co-Edited by Jessica West: 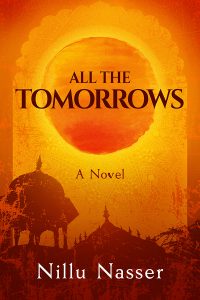 This entry was posted on Tuesday, February 28th, 2017 at 6:06 am and is filed under Editor Showcase, Team Member. You can follow any responses to this entry through the RSS 2.0 feed. You can leave a response, or trackback from your own site.