Kara S Tyler is the real world name of the author writing as both Pavarti K. Tyler and P.K. Tyler. Under those pen names, her books have spanned genres and won many awards, but they are geared toward an adult audience. Now that she’s writing children’s books, Kara has decided to use her real name.

The Adventures of Ninja and Bunny first came about because of a fabulous conversation overheard between Kara’s two children during a very long car ride. The two young girls spent over two hours debating various aspects of Fae politics and social structure. Without realizing it, the girls were building a world so real, Ray Bradbury would be proud.

Kara lives in Baltimore with her husband, two children, and two terrible dogs. She is a full-time author and mother. 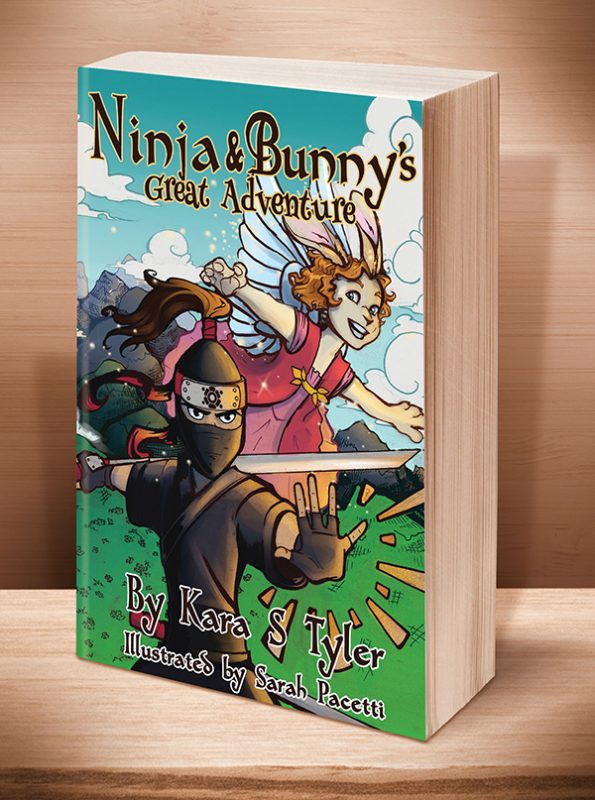 Watch for the second and third books in the illustrated children’s picture book series Adventures of Ninja and Bunny, due to release in 2016.

Book 2: Ninja and Bunny to the Rescue

Their good friend, Tiberius the dog, is missing! Ruthie and her little sister Marian search everywhere, even the animal shelter, but he’s nowhere to be found.

Finally, Ruthie discovers a trail of scorched ground that could have been created by another creature from Fairyland, one far more dangerous.

The girls must again transform into Ninja and Bunny! But will they be able to save the day — and their friend — again?

Find out in the sisters’ second adventure full of wonder, imagination, and courage.

This entry was posted on Friday, November 13th, 2015 at 12:24 pm and is filed under Author Showcase, Team Member. You can follow any responses to this entry through the RSS 2.0 feed. You can leave a response, or trackback from your own site.