PUBLISHER’S NOTE, 27 NOV 2021: C.J. Ballintyne was previously known as Ciara Ballintyne, but we are in the process of changing her pen name to C.J. Ballintyne, and we’ll be releasing all new editions of her books, including the BRAND NEW third book in her series: TO MAKE THE DEAD WEEP. Please stay tuned.

I grew up on a steady diet of adult epic fantasy from the age of nine, leaving me with a rather confused outlook on life—I believe the good guys should always win, but I know they often don’t. I am an oxymoron; an idealistic cynic.

I began my first attempts at the craft of writing in 1992, culminating in the publication of my debut work, Confronting the Demon, in 2013. My first book published with Evolved Publishing was In the Company of the Dead.

I hold degrees in law and accounting, and I am a practising financial services lawyer. In my spare time, I speculate about taking over the world—how hard can it really be? If I could be anything, I’d choose a dragon, but if I am honest I share more in common with Dr. Gregory House of House M.D.—both the good and the bad. I am a browncoat, a saltgunner, a Whedonite, a Sherlockian, a Ringer and a Whovian… OK, most major geek fandoms. My alignment is chaotic good. I am an INTJ.

I live in Sydney, Australia, with my two daughters and a growing menagerie of animals that unfortunately includes no dragons. 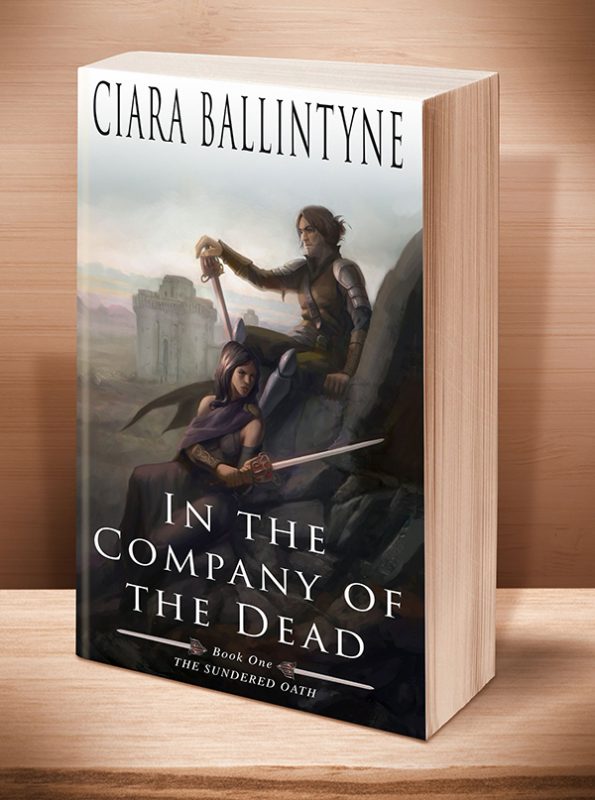 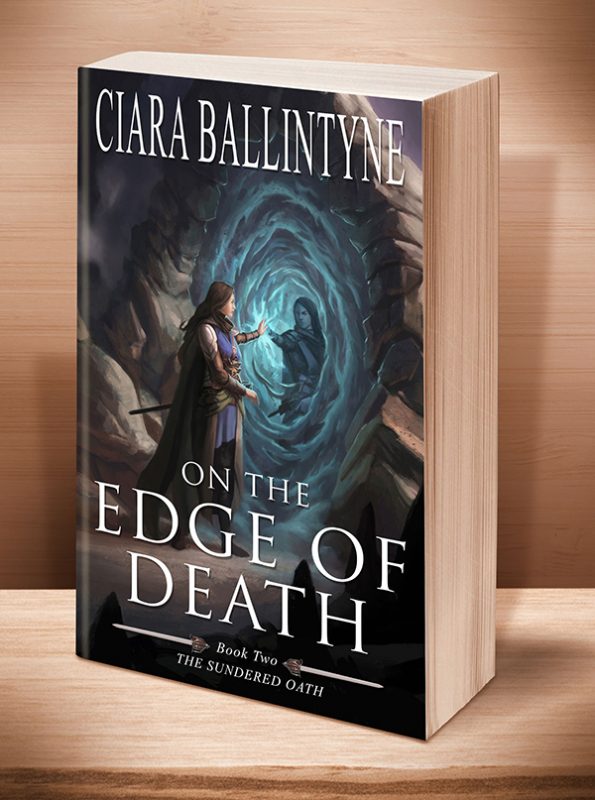 Watch for the third book in C.J. Ballintynes’s dark epic fantasy series, The Sundered Oath, to come in December 2021.

After a lifetime of self-sacrifice, now Ellaeva must decide if she will give up all she has left.

When Ellaeva runs afoul of the Rahmyrrim High Priestess and finds herself imprisoned, the only man who can help her is the one she vowed never to see again—Lyram Aharris. But Ellaeva’s faith in her goddess is broken, and when Lyram refuses to abandon her to fate, she struggles to come to terms with what she has lost. Haunted by his broken oaths, and consumed by his quest to restore his honour, Lyram cannot help her find peace.

Together they journey into the desert to solve the riddle of their connection to each other, but their search leads into the middle of a killing field. Amidst the murdered souls, they balance on the cusp of understanding—what is the mysterious link between the Aharrises, the goddess Ahura, and the dragons?

But before they can complete the puzzle, the High Priestess attempts to bring a piece of an evil god into the world, and Ellaeva and Lyram are betrayed from all sides. If the Rahmyrrim cannot be halted, they will lose the most precious thing they have.

Ellaeva has always known her path ends at the ultimate sacrifice—but can an embittered priestess bring herself to fulfill her duty?

C.J. Ballintyne dark fantasy Epic Fantasy Horror In the Company of the Dead On the Edge of Death The Sundered Oath To Make the Dead Weep To Play Death's Hand
This entry was posted on Thursday, September 24th, 2015 at 2:16 pm and is filed under Author Showcase, Team Member. You can follow any responses to this entry through the RSS 2.0 feed. You can leave a response, or trackback from your own site.