I hear voices. Tiny fictional people sit on my shoulders and whisper their stories in my ear. Instead of medicating myself, I decided to pick up a pen, write down everything those voices tell me, and turn it into a book. I’m not crazy. I’m an author.

For the most part, I write contemporary Young Adult novels. However, through a writing exercise that spiraled out of control, I found myself writing about zombies terrorizing the Wild Wild West—and loving it. My zombies don’t sparkle, and they definitely don’t cuddle. At least, I wouldn’t suggest it.

I live on the benches of the beautiful Wasatch Mountains with two lovely children, one teenager, and a very patient husband. I graduated from Utah State University with a B.A. degree in English, not because of my love for the written word, but because it was the only major that didn’t require math. I can’t spell, and grammar is my arch nemesis. But they gave me the degree, and there are no take backs.

As a child, I never sucked on a pacifier; I chewed on a pencil. I’ve been writing that long. It has only been the past few years that I’ve pursued it professionally, forged relationships with other like-minded individuals, and determined to make a career out of it. 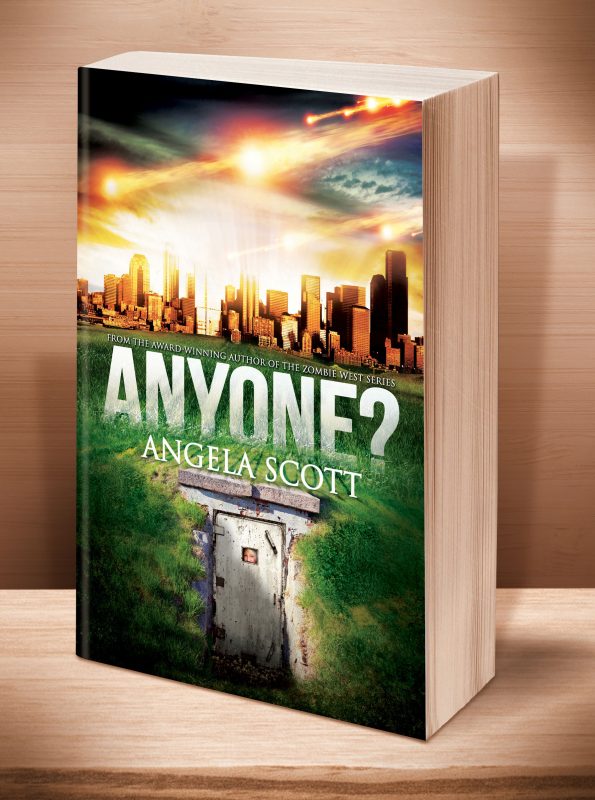 Angela Scott has been recognized many times for her terrific work:

WINNER: League of Utah Writers – Writer of the Year 2013 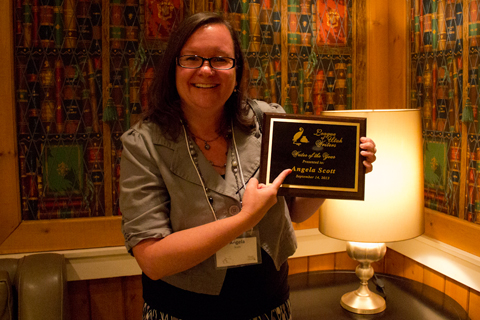 Awards for Wanted: Dead or Undead:

Angela Scott Anyone? Dead Plains Desert Flower Desert Rice Survivor Roundup The Desert The Zombie West Trilogy Wanted: Dead or Undead
This entry was posted on Tuesday, March 12th, 2013 at 1:52 am and is filed under Author Showcase, Team Member. You can follow any responses to this entry through the RSS 2.0 feed. Both comments and pings are currently closed.