JULY 27, 2018: We welcome our newest author to the Evolved Publishing Team.

Taya is a mix of a bubbly and stubborn personality trapped in an old, sad soul. She believes there’s something extraordinary in each being, that no one is too small or insignificant to deserve a second chance in life.

Her chaotic identity took a hit when her father suddenly died. Clawing her way up from the murky hole his death created forced her to face the facts of being tangled in toxic relationships, and depression that had a violent hold on her muddled mind.

She wanted to be whole again. Her restless feet and burning passion for animals led to leaving her home in Finland, and to accepting a working student job at a horse farm in Hereford, England. Long hours, hard physical labor, and countless nasty bunions ruined her body—but was Xanax for her soul.

To further her career in dressage, Taya moved to America, and lived in Vermont, Maine, New Hampshire, Massachusetts, and California. Each mile traveled, she felt healthier, more independent, stronger.

She didn’t need another person to make things happen for her, to heal. She needed only to live free. And just then, when she least wanted it, she found a being whose heart loved the same way as hers did.

For years, she and her little menagerie traveled. Struggle was no stranger in their lives, but not a day went by without laughter and a new experience from which to grow and learn.

After living through 1001 bizarre tales, Taya returned to Finland to take a breather from her shenanigans, and to finish her first novel in the “Borderline” series. 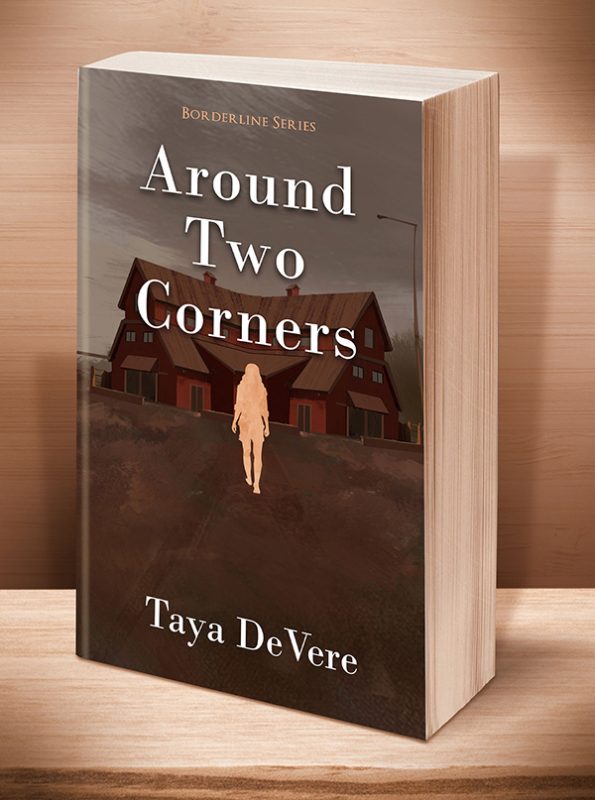 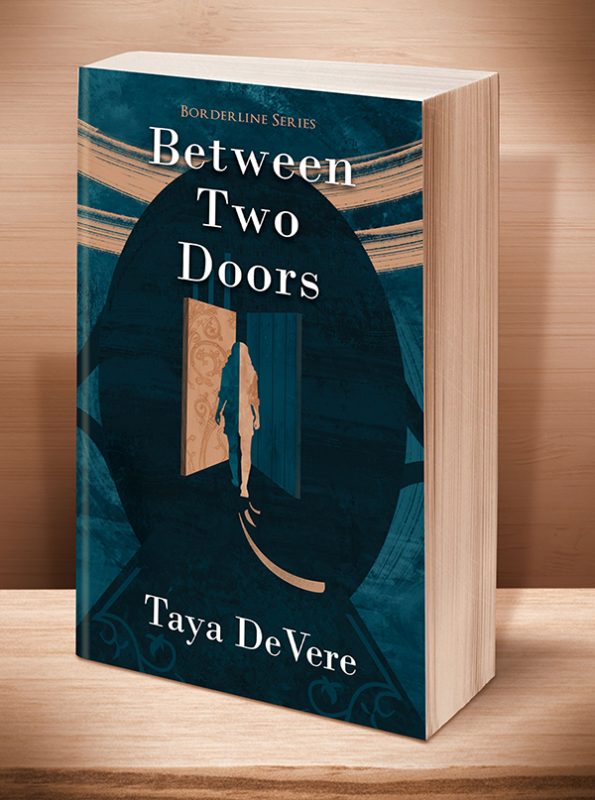 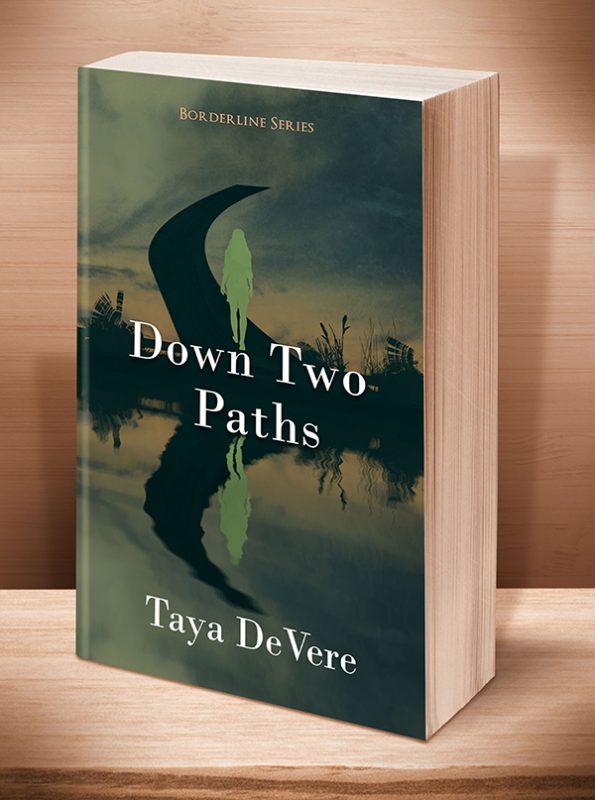 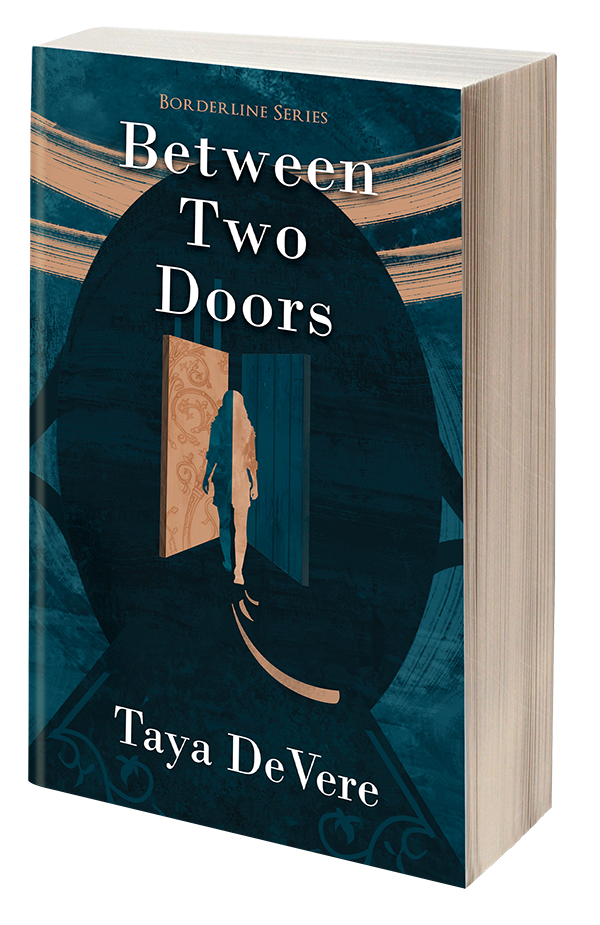 One door promises freedom, the other safety. Which one would you choose?

Depressed and abandoned after my father dies, I’m sent to a therapy center where I must decide between two doors.

Behind one door awaits life in my home country where I will continue to scramble through a tangle of mistakes and a poisonous relationship, but old and new friendships alike may be my salvation.

Escape lies behind the second door, where I can run away to an unknown country far away where demanding physical labor will push aside my inner demons. This door could be a fresh start.

The “Borderline” series tells two tales, of two parallel realities, based on one true story. 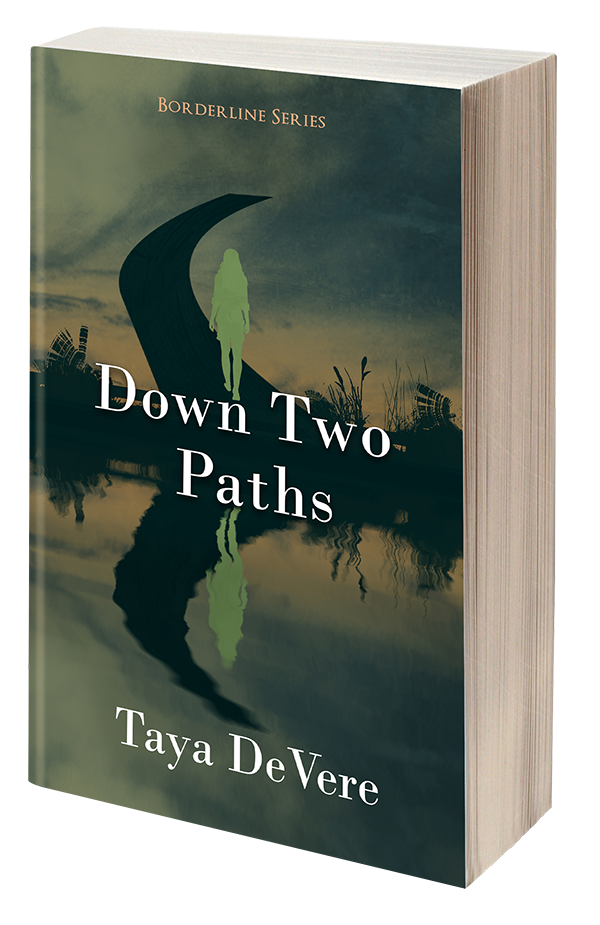 COMING 2019: Down Two Paths, Book 2 of the “Borderline” series (Inspired by Actual Events)

One path threatens suffocation, the other exhaustion. Which offers a chance of salvation?

The two paths continue to push Dee deeper into her survival journey.

Her reality in an unknown country takes her to California, where her new beginning, complete with its challenges, pushes aside the past—and the trauma she once ran away from. Life under the California sun is filled with choices between right and wrong, dealing with thorny personalities, and the laughter and love of Dee’s new family.

Her reality in her home country lulls her into a feeling of safety and the most important task of her lifetime—taking care of her baby. Her new, unconventional family of four is the center of Dee’s being, but despite their immeasurable love for her and her child, she still questions whether they would all be better off without her.

This is the second book in the “Borderline” series, which tells two tales, of two parallel realities, based on one true story.