30 May 2020: The Evolved Publishing Team welcomes its newest audiobook producer/narrator.

Timothy began using his voice at a very early age, in public speaking and drama classes, which eventually led to a successful career in business-to-business sales, and to teaching people of all ages. Looking for a drastic change in lifestyle, he sold his house in 2008 and moved aboard a sailboat. Sailing has taken him from Idaho to Istanbul, allowing him to live in Turkey, Greece, Italy, Spain, Puerto Rico, and Costa Rica, as well as Florida. His teaching English, writing, and voice acting has given him the ability to be a modern-day “digital nomad,” immersing himself in the cultures that he lives in. He now focuses full-time on voice work, specializing in audiobook narration, and has over two dozen titles published, rasnging from romance to mystery to self-help. His baritone voice, intellectual “everyman” delivery, and ability to keep listeners’ attention with dialog, are just some of the strengths he offers.

A native Pennsylvanian, Town Andrews has lived and worked in several western states and the Philippines. He speaks multiple languages, including fluent Spanish and Visayan. Working, reading, parenting, linguistics, history, music composition and performance, and travel have all influenced his storytelling. His career has involved the building trades, agriculture, marine sciences, developmental distilling, theater musicianship, and marketing functional fluids to manufacturers and engineers.

“I love my work. But for fun, I write these stories.”

Memoirs of a Transferable Soul 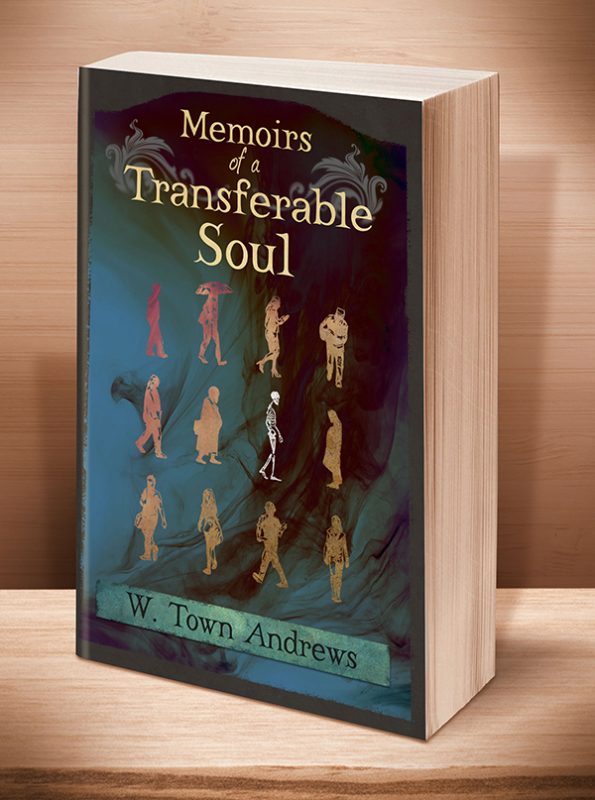