Jo’s short stories have been published in Cricket Magazine, and she is excited to share her “The Trekana” series through Evolved Publishing. She teaches music at a wonderful Friends school that not only allows, but encourages, her quirky detours (they call them “diverse talents”). She music-directs for several theatre companies in central North Carolina, where she lives with her husband, three children, and a menagerie of pets from Captain the Cockatiel to her two sheep, Phineas and Ferb. 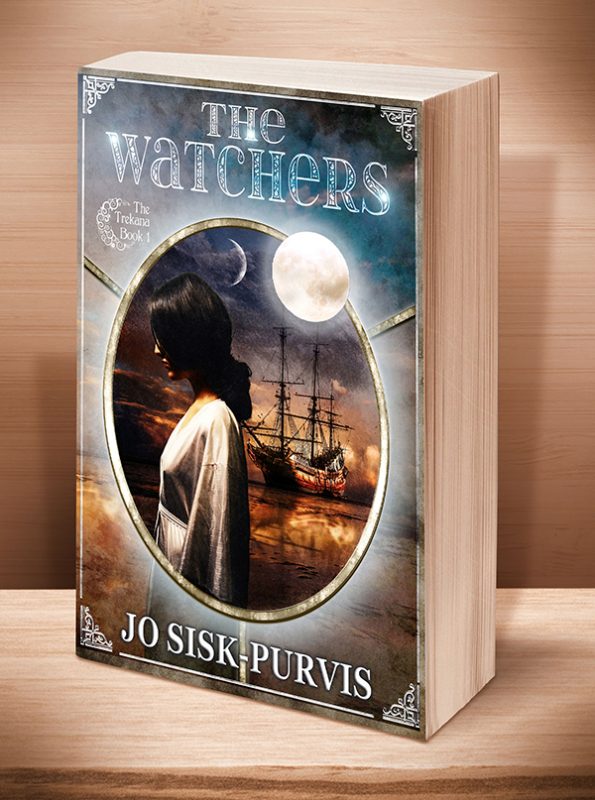 Watch for the next installments in “The Trekana” series of other-world, young adult, sci-fi/fantasy adventures to release as follows:

Teenage musician Alesea has become the reluctant leader of the Matan People’s Revolution, as thousands find refuge in the tunnels under Mata City.

Alesea has found her surviving family, but it’s a hollow victory, as the Paav still control Mata, the Islanders are homeless and grieving, and everyone is looking to Alesea as a miracle worker. Everyone, that is, except for Matan-born Yalene, whose mother died to save Alesea.

Yalene knows the Paav won’t be overcome without violence, not after all they’ve done. She throws herself into teaching the refugees the ancient martial art of I’kaan, hoping they’ll be able to defend themselves when Alesea’s nonviolent movement fails.

When the tunnels are breeched, Alesea has to launch her plan before it’s ready, and dozens of refugees are slaughtered. Torn by grief and indecision, she flees the city to find her Knower father, and Yalene leads the evacuation of the tunnels to find a new home—with the Paav hot on their trail.