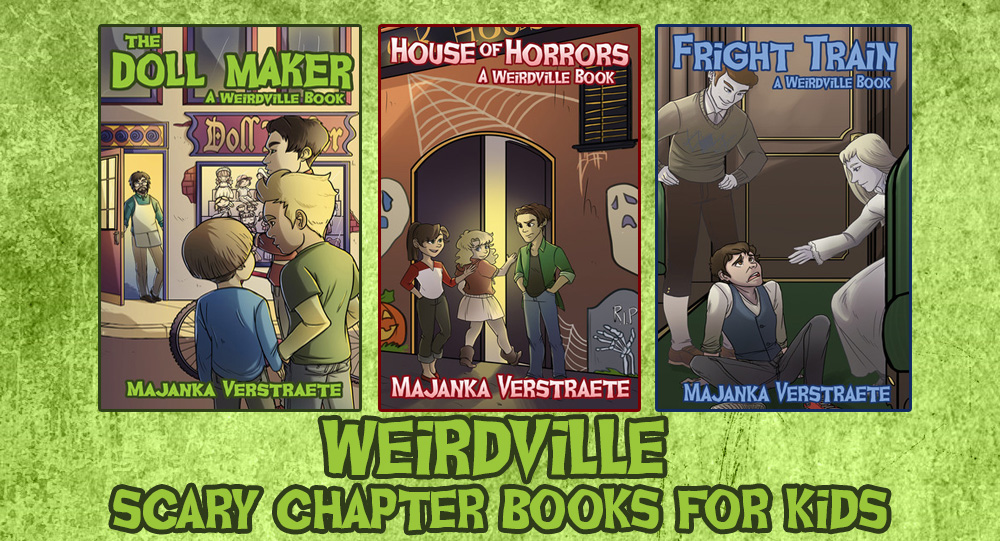 Each of the 3 books above, from the Weirdville series of spooky adventures for kids 7-11 years old, by author Majanka Verstraete, are available as audiobooks narrated by Miriam K. Blum. These fun stories are spooky, sure, but in a fun-not-too-scary kind of way the kids are sure to love.

So if you’re finding it difficult to get your kids to read as much as you’d like, how about giving them a book to LISTEN TO while in the car, or wherever you’d like them to sit and anjoy a good book? And the pricing on the audiobooks? Well, they’re a fantastic deal! 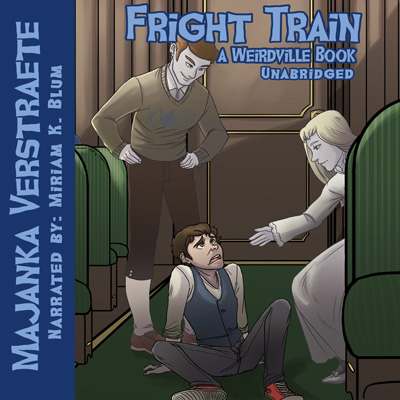 Charlie’s parents drop him off at the train station so he can visit his grandma in Weirdville. It’s a cold winter evening, so when his usual train is cancelled at the last second, Charlie wishes he’d stayed home.

An hour later, shivering from the cold, he climbs onboard the next train to Weirdville, even though he’d rather not. It looks like something straight out of the nineteenth century, as if it used a time machine to arrive at the station.

His shivering doesn’t stop, for soon after Charlie boards, he realizes just how right he was to be wary of this strange train. Something is seriously wrong with all the people onboard. If only he could figure out what was going on. If only he could get off the train. 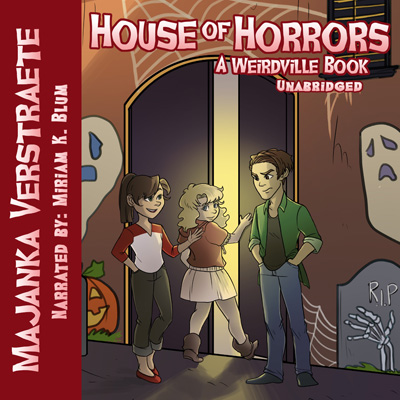 When her parents allow her to go to the fair, Jacky is over the moon. The fair is most famous for its haunted mansion, the House of Horrors, and her friend Ben can’t wait to try it out. Her best friend, Cass, is a little more reluctant, but then again, Cass has always been a chicken when it comes to getting scared.

Jacky and Cass are determined to act tough, so when Ben suggests they try out the House of Horrors, the girls tag along, even though the place gives them the chills.

As soon as the three of them enter the spooky monstrosity, the ride comes to a screeching halt, and the horror begins.

The lights fade, and a hooded figure appears and tells them they’re stuck in a twisted game of cat and mouse. He will show them their worst fears, and if the kids manage to face down those fears, they’ll have a chance of getting out of the House of Horrors alive. If they don’t, well…. 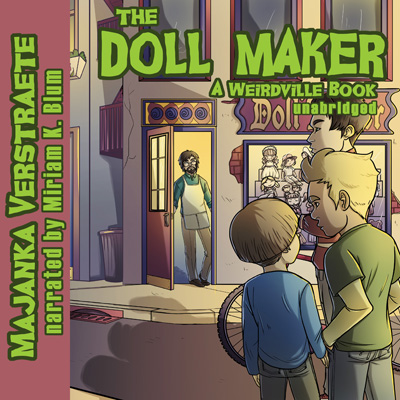 Derek’s little sister wants one of those creepy-looking dolls staring at him from the strange new doll shop in town, and what his sister wants, she gets. Now they’re stuck with a doll that looks so human, it gives Derek the creeps.

When Derek tells his friends, Martin and Jamie, about the new shop with creepy human-like dolls, they want to see for themselves. That has “bad idea” written all over it, but he takes his friends there anyway.

They meet the mysterious doll maker, who reminds Derek of Dr. Frankenstein, and who brainwashes Martin into buying one of those scary dolls. Derek and Jamie push and pull Martin out of the shop, but something isn’t right with their friend. He’s shivering all over, and he has no memory of what happened in the shop.

Martin’s condition worsens every day, and Derek’s sister grows more and more obsessed with her new doll. Derek and Jamie have to find out what’s going on, and fast, because….

…the doll maker seems linked to a bunch of mysterious disappearances, and the last thing Derek wants is his sister, or his friend, being next on the doll maker’s list.


At these prices, you just can’t go wrong. So treat your kids, and grab your copies today!

This entry was posted on Thursday, July 17th, 2014 at 3:27 pm and is filed under Promotion. You can follow any responses to this entry through the RSS 2.0 feed. You can leave a response, or trackback from your own site.