It’s another one of those great days, when we bring new books into the world for your reading pleasure. In this case, this is the second of 2 book launches 2 weeks apart, a particularly fun time.

This time around, we have 2 children’s picture books for the tikes 3-8 years old, a young adult novel for readers 13 and older, and an epic fantasy for readers 15 and older. So we offer great stories across multiple genres. Check them out!

Sammy is a talented young cockatiel who loves to sing out of his open apartment window for all of Australia to hear. One day, he watches a reality singing competition with his human friend, Lisa, and knows that if he could just audition, he would surely win.

What follows is a masterful escape, an eventful journey to the Sydney Opera House, and an audition the crew of Sing Your Heart Out will never forget. Will Sammy take home the title of Australia’s next rising star, or will he find something more important along the way?

There’s only one way to find out: join Sammy in his humorous adventure of fame, friendship, and fun, in this edition of the color-illustrated Bird Brain Books series for children.

COMING WITHIN A FEW DAYS….

When noises shake Valentina’s bedroom in the middle of the night, and her resident ghost, Jerry, hides under her bed, the little vampire girl tumbles into yet another adventure.

Eager to investigate the source of the uproar, she bumps into her brother Vlad in the hallway. He’s as clueless as she is, but at least he’s not as terrified of the noises as Jerry.

The trio follows the noise to the museum room, where they find an opened sarcophagus, and a mummy wearing a mask…. 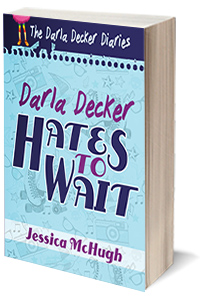 Patience is not Darla Decker’s strong suit. Surviving sixth grade is tough enough with an annoying older brother, a best friend acting distant, and schoolwork. After adding instructive kissing games and the torturous wait for a real date with her biggest crush, Darla is perpetually torn between behaving like an adult and throwing temper tantrums.

Games of flashlight tag, and the crazy cat lady roaming Shiloh Farms in a “demon bus,” serve as distractions during her parents’ quarrels and her anxiety about show choir auditions. Yet the more Darla waits for her adulthood to begin, the more she learns that summoning patience won’t be the hardest part of being eleven.

A frank and funny look at the path to adulthood, Darla Decker Hates to Wait begins a journey of love, loss, and the nitty-gritty of growing up through Darla Decker’s eyes. 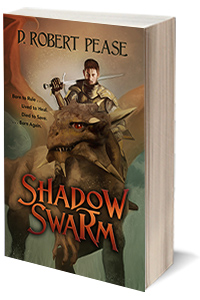 Be sure to check out D. Robert Pease’s Noah Zarc series of middle grade sci-fi adventures.

Children's Picture Books Coming of Age D. Robert Pease Emlyn Chand Epic Fantasy Fantasy Jessica McHugh Majanka Verstraete Young Adult
This entry was posted on Monday, June 2nd, 2014 at 1:28 pm and is filed under New Release. You can follow any responses to this entry through the RSS 2.0 feed. You can leave a response, or trackback from your own site.