This book launches four days from today, on May 19th! 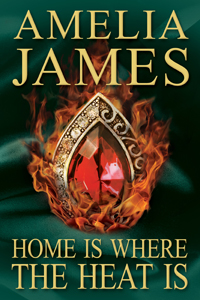 The Twisted Mosaic readers’ favorite, Claire, has some twisted fun of her own.

Dependable paralegal Claire O’Connor knows the man of her dreams is out there waiting for her, and she’s ready for him. Imagine her surprise—and delight—when she discovers not one but two men who lust for her. One adores her; the other challenges her. One makes sense; the other is a gamble.

Despite the family tragedy that shaped his past, JT Luck has only known success professionally. His personal life, however, is a failure. He doesn’t want a relationship, and while his ‘let it ride’ attitude keeps most women at a distance, Claire is eager to roll with him.

But when she finds out Kurt Langston, the office’s resident computer geek, harbors a secret crush on her, she wonders if he’s the safer bet. Kurt doesn’t get close to people, and his feelings for Claire make no sense in his carefully ordered life. His unexpected bond with JT pushes him to take chances he never imagined.

Go all-in or go home? Either way, the heat could be more than they can handle.

What everyone thinks I do: Lounge on my bed in lingerie and stilettos with a pen and notebook in hand, writing lascivious words while sipping wine and listening to Barry White and peering over my sexy librarian glasses at the hot cover model in my bed.

What I really do: Park butt on the couch in my sweats and blanket with a laptop, trying to type words—any words—while chugging my morning juice and listening to the dog snore and peering over my sexy librarian bifocals at the hot cover model on my screen.

By the time I started writing Home Is Where the Heat Is, I knew Claire pretty well. I just needed to figure out what kind of man she wanted. I had the perfect, yet flawed, guy all picked out: JT Luck, Claire’s rule-breaking troublemaker. Then in the early morning on a family camping trip, she told me she wanted two men. Apparently, I’d let her hang around Talia too much. So I brainstormed perfectly flawed guy #2.

I’d been dying to write a nerd ever since my husband went back to school for IT and started speaking geek to me. He grew up on Star Wars, Star Trek, Doctor Who, and every other sci-fi series ever aired, but he’s got a naughty boy charm underneath his ‘adorkable’ exterior. Yeah, I definitely needed to work with that. A vision formed and a name popped into my head: Kurt Langston, Claire’s yummy IT guy.

Awesome! I had my characters, their conflicts, and loads of ideas for kinky fun. Writing had commenced. But it all came to a grinding halt somewhere in the first third of the book, and I sent it to a writer friend for help. I told her what I thought the trouble was, and before I got her feedback, she said something that clicked, “They need something to bond over, something drawing them together and keeping them there when they encounter obstacles or conflict.”

The hard and fast rule of romance is that the story must have a happy ending. It’s not about the destination. Romance is about the journey. I understood how to keep my characters apart, but I forgot how to bring them together. Conflict in romance fiction has two sides: 1) What obstacles do they have to overcome to get/stay together? … and; 2) What bond keeps them together when they encounter those obstacles?

Claire’s indulgence meets a need for a level of pleasure she denied herself for too long. She spends her days serving others and now she wants her turn. I believe every woman can relate to that. The journey she shares with JT and Kurt allows her to explore her fantasies and creates a bond between them that’ll last a lifetime.

This entry was posted on Thursday, May 15th, 2014 at 6:05 am and is filed under New Release. You can follow any responses to this entry through the RSS 2.0 feed. You can leave a response, or trackback from your own site.