D.W. Hitz lives in Montana, where the inspiring scenery functions as a background character in his work. He is a lover of stories in all mediums. He enjoys writing in the genres of Horror, Supernatural/Paranormal Thriller, and Science Fiction/Fantasy.

Originally from Norfolk, VA, D.W. has degrees in Recording Arts and Web Design and Interactive Media. He has been a creative his entire life. This creativity has driven him in writing, music, and web design and development. He aspires to tell stories that thrill the heart and stimulate the imagination.

When not writing, D.W. enjoys spending time with his family, hiking, camping, and playing with the dogs.

Be sure to sign up for his newsletter today at www.DWHitz.com.

JUDITH’S PROPHECY
A small-town Montana vampire hunter seeks vengeance for his family’s deaths, but when he learns of a string of ritualistic murders, he’s forced to take on a different job: stopping an ancient apocalyptic prophecy.

From their off-grid campsite, Easy and Ben follow the trail of a bloodsucking syndicate boss. When the investigation leads to local disappearances, the duo discovers the aftermath of vampire rituals, and learns of an ancient prophecy.

Although Easy and Ben aren’t sure if the prophecy is real, they know they must defeat the syndicate to stop the deadly rituals. If they fail, it may mean Hell on Earth for the rest of Judith, and the start of a long foretold vampire uprising.

JUDITH’S BLOOD
Easy thought the battle for Judith’s future was won, but he’s only scratched the surface of the demonic fate that’s coming for his town.

If you’re going to war, you build an army and an arsenal.

Easy and Jess call in reinforcements and grow their mystic resources as infected creatures turn on humanity. They discover a pestilence is headed toward Judith, and it’s doubtful they can deliver the cure.

With the battle for the future of Judith descending upon them, Easy, Ben, and Jess are forced to fight harder and smarter than ever before, if they want to stay ahead of the bloodsucking enemy.

JUDITH’S FALL
Vampires think their prophecy is fulfilled, but Easy won’t stop until he proves them wrong.

During the night, humanity is stalked and hunted. They cower in fear. But Easy and his team keep fighting to stay alive, and hoping to find a way to save their race.

When Easy discovers a blood magic spell that could return vampires to Hell, he’s forced to decide whether or not it’s worth destroying his own soul. He may have to sacrifice his beliefs and risk the lives of those he loves if he wishes to save humanity from the vampire curse.

I grew up in a small town in the Ozarks, playing baseball, riding bikes, mowing yards, and reading comic books, the youngest of eight children. Norman Rockwell could have moved in down the street and felt right at home. These days I live and write in Arlington, Virginia, with my understanding wife and a cat named Truman. Our three kids are grown, and we are begging for grandchildren.

After nearly a lifetime of writing nonfiction – essays and articles, lectures and lessons – I was rescued from my tedium and set free, liberated to explore life and faith in the realm of fiction. Unwittingly, I seem to have acquired an expansive cast of characters along the way, some begging to enter the story, others hiding in the background, hoping to go unnoticed, but I see them all. So many stories to tell.

I am, as Parker J. Palmer put it, “one who loves to watch life become words and words become life.”

WATCH FOR CROSSING THE TRACKS TO RELEASE IN APRIL 2021.

While dramatic history unfolds from Greensboro to Selma to Memphis, one man makes his own stand for justice and inclusion.

Crossing the Tracks is set in the railroad yards and union halls of Kansas City during the Civil Rights Movement. It’s the surprising story of a white, working class family man confronting racism and bigotry on the railroad, in the neighborhood, and in his church.

AND WATCH FOR IT CAME EVEN TO ME TO RELEASE IN APRIL 2022.

A Southern Baptist pastor is forced through a series of personal and family crises to reconsider his long-held views about homosexuality.

Set in small town Georgia in the present, it paints a picture of the best and worst in us, grace and forgiveness doing battle with hatred and intolerance. This story is especially poignant and helpful to families who are divided over homosexuality on religious grounds.

Watch for CASS AND WAT, the first book in the “Northwatch” series of YA mystery/thrillers to release in November 2019.

Watch for CASS AND LOGAN, the second book in the “Northwatch” series of YA mystery/thrillers to release in December 2019.

SEPTEMBER 19, 2019: We welcome our newest author to the Evolved Publishing Team.

Watch for A Family Feud Texas Style, the first book in the “Denny McConnell PI” series of detective murder mysteries, to release on 6 April 2020. 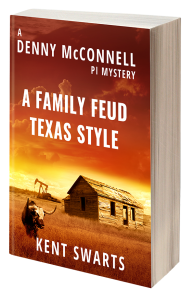 SEPTEMBER 18, 2019: We welcome our newest author to the Evolved Publishing Team.

Watch for The Warden’s Reign, the first book in the “Essence of Ohr” series of Young Adult Fantasy adventures, to release on 2 March 2020.