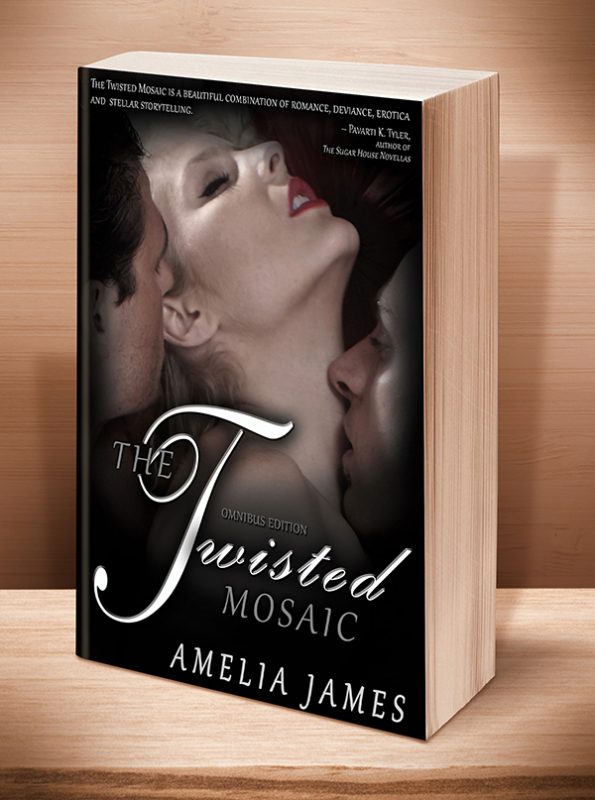 International bestselling contemporary romance author Amelia James brings you all 3 installments in this erotica series: (Her Twisted Pleasures, Their Twisted Love, and His Twisted Choice) in one volume, plus a deleted scene, and three exclusive bonus stories!

His hand came off my neck and he wrapped his arms around me, crushing me against him. I grabbed his hair and forced his mouth to mine, feeding the darkness possessing us. Submission, yes! Not giving up control, but having it taken from me. This… this was why I needed Alex.

Will was too nice; he would never abuse me like this. But Alex…. Mmm… Alex had no such qualms. “What have you done to me?”

Talia indulges her sexual pleasures, turning her life into a twisted mess. Sleeping with Alex is dangerous and reckless. She craves that excitement. Loving Will is comforting and safe. She needs that stability. Why can’t she get everything she wants from one man?

Will has everything under control, and watching his girlfriend flirt with his best friend fuels his lust for her. He loves Talia, and he trusts Alex. It’s all good… as long as he makes the rules.

Alex doesn’t give a damn about rules. He knows how to play with fire without getting burned. It’s just sex with Talia. No emotions means no attachments—that’s one rule he won’t break.

Alex has everything he wants. He loves the power that comes with his job, and fooling around with his boss provides the illicit kink he needs. He’s in charge and trusts no one.

Will should’ve learned something from his disastrous past, but he’s distanced himself from everyone who loved him, keeping the pain in protective custody. He has no use for entanglements.

Talia has a new man, safe and secure—and boring as hell. She won’t sleep with him until she knows she wants only him. But she can’t forget, or forgive, the men who indulged her wildest fantasies and violated her trust.

They’re happy apart… until Alex’s case forces them back together, and Talia discovers she still craves both her former lovers. Can only one love her enough to satisfy her twisted desires and provide the stability she needs?

Sometimes, the wrong reasons are the only reasons.

Will loves Talia, and he’s willing to give up everything to be with her. Their future hinges on her answer to one simple question. But when he leaves his life behind to pursue her, he’s confronted with choices he didn’t expect.

Alex loves Talia, but he needs proof he can trust her. Words mean nothing to him without action. But his actions lead him to believe that love has no limits, and the choices he faces may not, either.

Talia loves Alex… and Will. One man pushes her sexual boundaries and indulges her fantasies, while the other understands her twisted desires and keeps her secure in his heart. How can she possibly choose between them?

No more secrets. No more lies. Old love? New love? Or do they have a third option?

Sign up for Updates
Other Books in "The Twisted Mosaic" 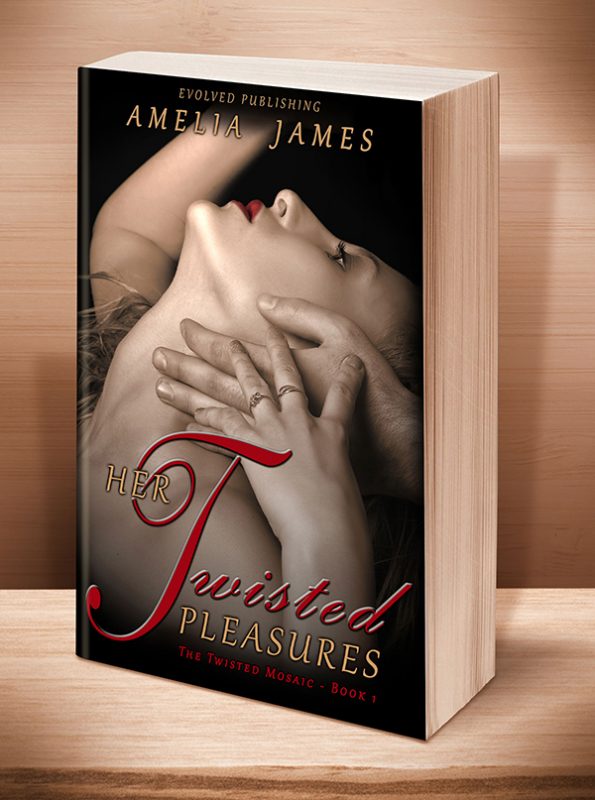 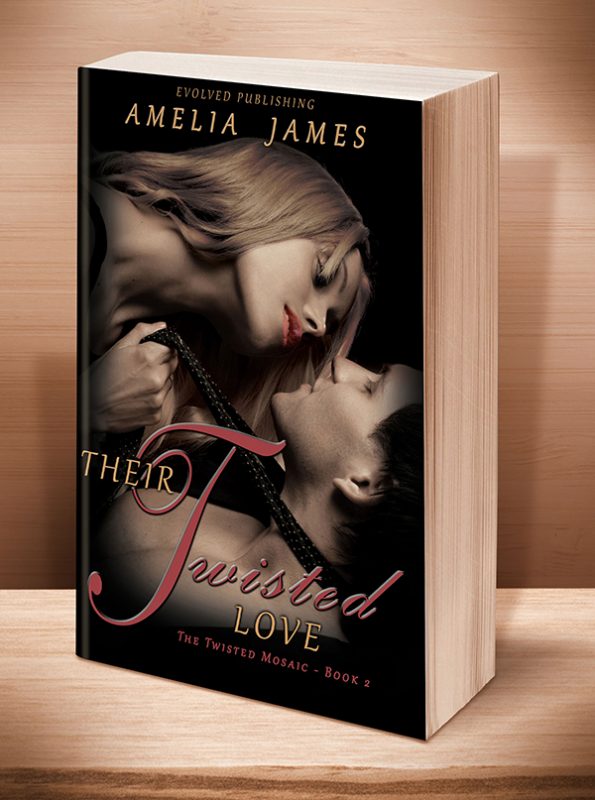 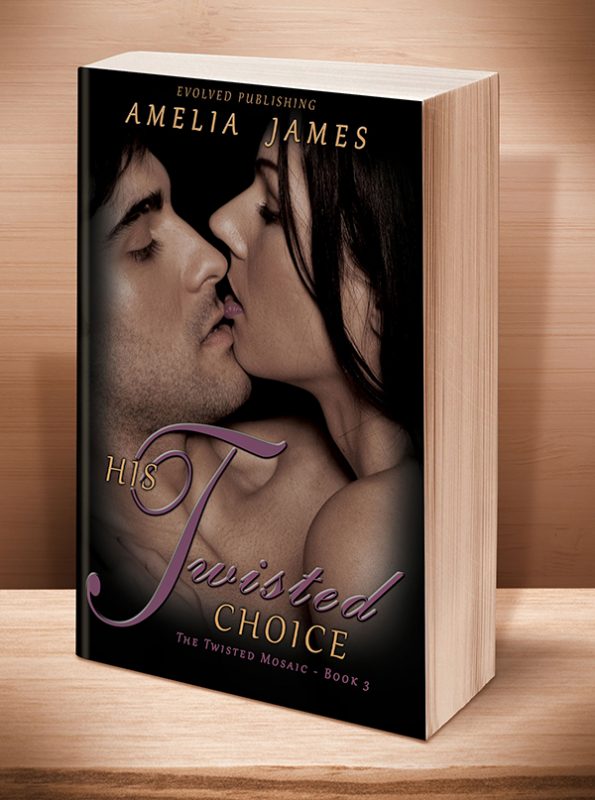 His Twisted Choice
Look Inside
This entry was posted on Thursday, December 11th, 2014 at 11:02 am and is filed under . You can follow any responses to this entry through the RSS 2.0 feed. Both comments and pings are currently closed.