In the Spotlight at Evolved Publishing: Megan Harris, Editor

Getting Our Books to the Quality Level We Demand

As a publisher, we pride ourselves on the quality of the books we publish, a subject we discuss often (as recently as yesterday), because it’s so important. We also take great pride in the quality of the team we’ve assembled. Every great team starts with the people—quality people produce quality work—and editor Megan Harris has been an integral and valued part of our team for a couple of years. 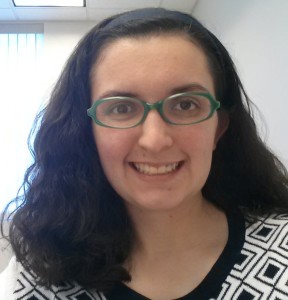 Every book is approached from multiple perspectives before we publish it—great story revised and polished by the author, professional formatting for every version of the book, a great cover, and of course, concise editing from the editor (or team of editors). For some of our most critically-acclaimed books, this is where Megan has come in.

Megan has become the go-to editor for a few of our authors, developing strong working relationships with them. Her attention to detail, her training and skill, her easygoing professionalism, her absolute commitment to deadlines—all of these make Megan the kind of editor with whom authors love to work.

They also make her the kind of editor that makes a publisher smile, comfortable in the knowledge that such critical work, where quality is considered Priority #1, is in good hands.


Just get a gander at the books in which Megan’s deft eye has raised the level of quality, ensuring a great and enjoyable experience for the reader.

These extraordinary books by Angela Scott have a cumulative average rating of 4.73 stars (for 82 reviews) at Amazon, and Desert Rice has won multiple awards from the literary community.

Megan’s contribution to these books helped to make them what they are. While we always recognize the talent of the author, and their being the most important spoke in that wheel, we also know they every writer needs an objective and skilled editor, like Megan, to help make the books the best they can be.

These remarkable books by Robb Grindstaff have a cumulative average rating of 4.62 stars (for 81 reviews) at Amazon, and while they haven’t yet garnered any awards, we fully expect that they will (that’s how great they are). It’s just a matter of time.

It helps, of course, to work with an author as talented and as skilled as Robb Grindstaff (a qualified editor in his own right), but don’t let that fool you. Robb would be the first one to tell you that Megan’s detailed work helped him identify issues to which he himself was blind. No author is capable of being truly objective about their work, and whatever their skill, having an editor like Megan on their side is a big plus.

This journey into ancient American Indian culture by Ruby Standing Deer has a cumulative average rating of 4.75 stars (27 of 32 reviews are 5 stars) at Amazon. Spirals is a sequel to the award-winning Circles, and the first book in the series in which Megan jumped in to edit. She also edited the upcoming Stones, releasing on July 21st.

Editing a series like this provides an extra challenge for Megan, who must attune herself the unique dialects and word usage of an ancient culture, in order to create an authentic American Indian historical novel. This requires a great deal of cooperation between author and editor, who must often struggle to find an acceptable common ground. Ruby and Megan have struck that balance, and readers are loving the end result. This series remains one of our most consistent sellers, and it’s almost all through word of mouth—the surest sign that everyone involved in the project did their job well.

This paranormal suspense thriller by C.L. Roberts-Huth is just the first in the series of Zoe Delante Thrillers. It hasn’t been out for a long time, but has a cumulative average rating of 4.60 stars for its first 20 reviews at Amazon. Early response has been strong, indeed, and we’re expecting good things from these books.

This series marked the 4th for Megan, and once again took her into a new genre, with its own conventions and challenges. As always, Megan rose to the challenge, helping to produce not just an excellent, entertaining book, but once again building a solid and no-doubt long-lasting relationship with the author.

And of course, we’ll have more great books coming your way with Megan’s help.

Since she could read, Megan has been interested in writing as a career. Almost every day of school, she would bring a book to read in between breaks from some of her favorite authors. Many of her teachers encouraged her, and some still do today since she has kept in touch with them. Megan began to write stories in second grade, first about her day-to-day life, and then later about characters she made up.

In high school, Megan pursued journalism, starting first in the prerequisite course leading up to taking newspaper classes, and then she later moved up the ranks from writer and assistant section editor until, as a senior, she was the paper’s editor-in-chief and oversaw a staff of thirty writers, editors, and photographers.

While her college educational path moved her towards political science, international studies, and Spanish as subject matters, her heart remained on writing. She continued to contribute to her college paper as a copy editor before joining the student government association as a residence hall representative for two years. Still, the siren call towards the written word beckoned.

When Megan began working as a freelance writer in 2011, her father was battling advanced stage cancer. She had reconnected with him after four years of estrangement only the year before. He came to her wedding at the end of 2010, which was the first time she’d seen him since 2007. Megan was looking forward to seeing him before she and her husband moved back to Missouri at the end of 2011, as he lived in Wyoming with his family. He was proud of her accomplishments and for pursuing her life-long passion of writing, and she was happy to speak with him more often, while still hopeful his condition would improve.

Sadly, in July 2011, her father passed away just days before his 44th birthday. Megan made it her mission from then on to continue taking on projects he would have been proud to see her complete. Her passion for writing moved into other areas, such as editing and social media management. With each project, Megan began to heal while still wishing he had been there to see all that changed over the years.

Today, in 2014, Megan now has another motivation for her work: her daughter, Adalynn, born in the fall of 2013. Between juggling full time work, freelance work, and being a new mom and wife, Megan has a lot on her plate, but she continues to move forward and pursue what she loves despite the struggles she’s endured. While life may throw new challenges and changes in her path, the written word remains constant and steady through her life.

This entry was posted on Monday, July 7th, 2014 at 6:05 am and is filed under Blog. You can follow any responses to this entry through the RSS 2.0 feed. You can leave a response, or trackback from your own site.