Ooh… 7 exciting thrillers from 7 talented authors (details below). These 7 suspenseful tales run the gamut on theme and general storyline, but they all have one thing in common: they’re designed to keep you on the edge of your seat. We think you’re going to love them. And to be sure you always remain up to date on our ever-expanding thriller/suspense category, which often includes some great bargains, please:
CLICK HERE TO SUBSCRIBE TO OUR NEWSLETTER. 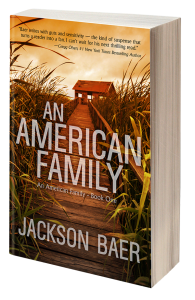 Isaac Childs has the perfect life—until that life comes crashing down when his wife Ramie vanishes.

Gregg Olsen, New York Times Bestselling Author, says, “Baer writes with guts and sensitivity — the kind of suspense that turns a reader into a fan. I can’t wait for his next thrilling read.”

Isaac learns that his wife’s disappearance is the ninth in a string of similar cases. In the wake of this news, he struggles to cope, to be a good father to his daughter and college-bound son, and to reclaim something of an ordinary life even as he conceals his troubled past.

After the FBI makes an arrest, and his wife is presumed dead, Isaac begins to move on. Yet will his secrets catch up with him? Has he conquered his vices for good? And what of the FBI’s theory that the case isn’t completely resolved, after all? A former spy with a dark secret and a past he can’t outrun. A mysterious cult that steals beautiful teenagers. A looming battle between the forces of light and dark, and the girl who drags them into the middle of it all.

Steven Cabbott sees demons, and has even had to fight a few. Lately, they’ve taken an interest in him. He suspects it has something to do with his past. His mother killed his father when Steven was young, claiming he was a demon. Steven figured she was nuts. Now he’s not so certain.

Sixteen years of silence between Steven and Kate, the love of his life, end with a cryptic one-word message: Help! A mysterious cult has kidnapped Kate’s teenaged daughter. Steven charges forward in a frantic effort to save the young woman, but the foe he faces is extraordinarily powerful. He’s always one step behind, and his growing demon problem isn’t helping matters.

Steven is caught in a fight between much larger forces. Can he overcome his own demons to save Kate’s daughter? If he fails, they may all fall victim to the Devil’s Den. 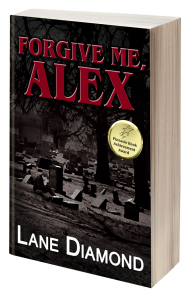 Two men, two methods, two motivations, one darkness–step inside the twisted mind of a killer, and of the man determined to end him at any cost.

The Kindle Book Review says, “Lane Diamond has succeeded in bringing to the surface the dark and horrifying mind of a psychotic serial killer, while at the same time bringing forth the desperate need for humanity and justice for the victims and their families.”

Tony Hooper stands in shadow across the street, one amongst many in the crowd of curiosity-hounds gathered to watch a monster’s release. Seventeen years after Mitchell Norton, “the devil,” terrorized Algonquin, Illinois on a spree of kidnapping, torture and murder, the authorities release the butcher from psychiatric prison.

Tony longs to charge across the street to destroy Norton–no remorse–as if stepping on a cockroach. Only sheer force of will prevents his doing so.

“The devil” walks the world again. What shall Tony do about it? Aye, what indeed. After all, this is what Tony does. It’s who he is. The devil himself long ago made Tony into this hunter of monsters.

What a sweet twist of fate this is, that he may still, finally, administer justice. Or will FBI Special Agent Linda Monroe stop him? She owes him her life, so how can she possibly put an end to his? 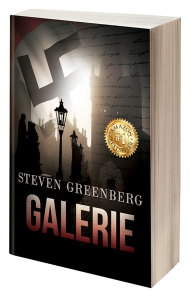 An Amazon #1 Bestseller in 4 Countries!

After Vanesa Neuman’s father dies, the closed book of what he and her grandfather were doing during the Nazi occupation of Czechoslovakia falls literally open. From Tel Aviv to the backstreets of Prague, Vanesa’s relentless quest to unravel the mystery of her father’s wartime diary reveals a seventy-year-old secret darker than she could have imagined. 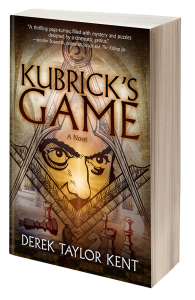 An Amazon #1 Bestseller in several countries!

What if Stanley Kubrick left behind more than just his classic films? What if he also left behind an elaborate puzzle cleverly buried within his films, which would lead the player toward a treasure that could change the course of human history?

Puzzle Nation says, “Kubrick’s Game is a puzzly thriller/adventure piece very much in the vein of The Da Vinci Code, though a far more satisfying read… Kent has done an impressive job of constructing an elaborate mystery worthy of Kubrick’s labyrinthine storytelling, one that should satisfy thriller fans and puzzle fans alike.” 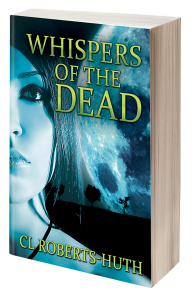 Whispers of the Dead – C.L. Roberts-Huth

IndieHeart says: “There’s a little mystery, a little romance, and a lot of suspense and magick. Recommended if you like an action-packed paranormal tale.”

Author Kristin Marie says: “If you love crime drama with a twist then, this is a must read!”

No rest for the Wiccan.

The hunt for a murderer unfolds, dropping Zoe right in the middle of a power struggle between a nightmare of a coven, and a serial killer leaving bodies in ceremonial circles in the rural parts of Baltimore’s city limits. A race against celestial bodies and the trail of earthbound body parts keeps our intrepid clairvoyant running right until the very end.

THANK YOU, AND PLEASE ENJOY!